There used to be a time when making a video required large amounts of money and large amounts of experience. Filmmaking, once the sacred realm of alchemists and dramatists, has been reduced to its lowest common denominator. That’s by no means a bad thing. But it is a fact. And in fact, it’s a great thing. The pocket smartphone can now be a portal to countless worlds, watched by thousands, in real time. Developers have been advancing video apps aggressively for the past few months, but Infinite Takes may have hit the peak with their wonderful video streaming app Stre.am. It takes the game to a whole new level, and it’s available now for iOS and Android.

Stre.am is a video platform that enables anyone with a mobile device to broadcast and share life’s experiences as they happen. Built specifically for mobile devices, it lets you watch and share live video streams, and interact with other users and streamers as you do.  The first thing you notice about Stre.am is that it’s incredibly easy to use; there’s an intuitive interface (with a rather fetching logo) to welcome you in, and from there, it’s paint by numbers.

The clever thing about Stre.am is that you’re not limited to one outlet. Sure, the app has its own inbuilt community, enabling you to like or share other people’s videos, even commenting and engaging in conversation with other viewers in real time. But the smart part is that you can share your videos over any kind of social media. You can also save our favourite moments directly to your camera reel if you want. Note that Stre.am doesn’t save any of your videos unless you ask it to; unlike certain other competitors, this app seems to actually value your privacy. Imagine that.

Everything happens in real time, be it video or chat. This gives the app a real energy, so it’s exciting to log in each time and see what your pals or peers have been up to. And unlike the cluttered interface of Facebook and Twitter, all that your Stre.am feed will contain are videos. There’s also a reels feature which lets you save certain moments (up to fifteen seconds) for twenty four hours,  so that other people can check out what you may not have been able to capture live. The quality of Stre.am’s video leaves its competitors in the dust. If you love taking videos on your smartphone and have a hankering to share them with the world, check this one out.

Turn your lens on the App Store and Google Play to start streaming today for free! 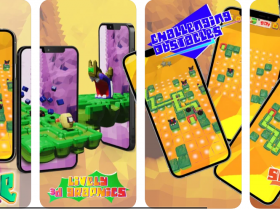 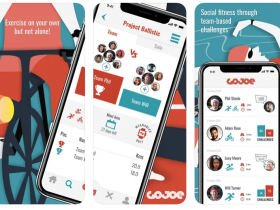 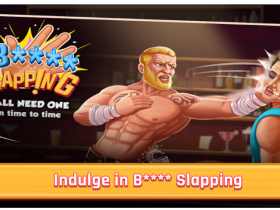 BSlap – Play and Indulge in B-Slapping for Fun 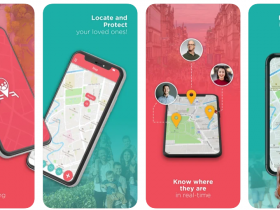 Find Family – The Location Tracker for Your Family’s Safety