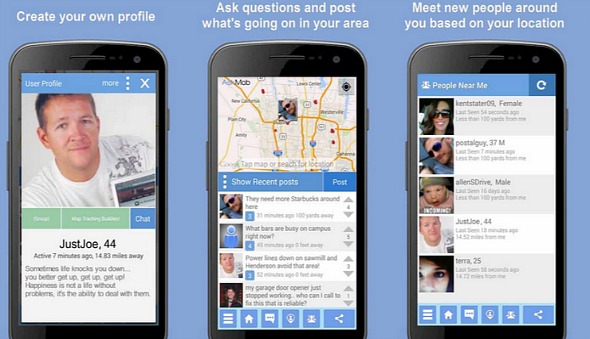 We hear a lot about drones in the media these days. People are buying into them in a big way and filming the aerial shots we once could only dream about. Governments and armies are using unmanned drones to drop weapons on the enemy and we are all fascinated by them. And now, drones appear in an attacking game in this latest iOS battle, Drone Invaders.

As the player in this game you are in control. You will have a laser gun nestled in its turret, which will serve as the thin line of defence against the threatening invasion of the alien drones. The drones from outer space are coming, and guess whose task it is to do battle with the drones that fly in from every angle. 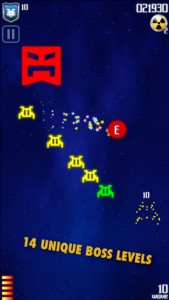 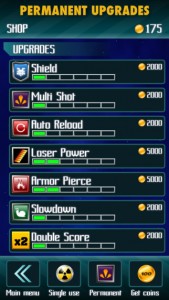 Among the great features you might like in the game are the many different alien types. The drones attacking you are not all the same and the fact there are about 25 oddly-shaped drones on the attack, really does keep you with fingers on the trigger at all time. But it’s not just the varying shapes and sizes of the drones that will baffle you, different attack formations take place.

Drone Invaders certainly does keep you on your toes. The varying attack formations, the different shapes and sizes of the alien drones and the sudden change in speed at which they attack – it all makes for a very difficult task at first. But you do get better at the game as it progresses.

Every 10 levels you advance through you’ll get to beat motherships. The better you are at Drone Invaders, the stronger your weapons become and tougher your shield gets. You can even pick up and collect random pick me ups during the play. Just like that UFO ship that used to traverse across the top of the screen in the original and retro classic Space Invaders, and gave you an opportunity to score bonus points, Drone Invaders does likewise.

There are missions to complete in Drone Invaders that will help you upgrade faster and you will face new challenges set out before you every 24 hours. Space Invaders never had all this. If you are a power player you will get to try your luck with weekly challenges, where there will be huge rewards waiting for you.

Drone Invaders is simple to play but challenging to win. It’s the ultimate arcade game on the go and the more you play, the better you get.