Phone Drive, Turn Your iPhone into a Portable Flash Drive

You have to recruit an army of monsters to defend against the evil knight Sam and his invading human army.

These monsters have a vendetta against Sam, as they’ve just escaped imprisonment by him.

First-off, you’ll have to build a castle base and equip it with weapons like crossbows, spike pits, or flamethrowers. You’ll also need a few resource-producing buildings like the wine barrel or hero throne.

Then you’ll have to recruit individual monsters to help out in combat. Each of these can be equipped with new items and weapons to increase their power as well.

The single player PvE includes a ton of levels which increase in difficulty as you progress, and are played out on a fantasy map.

Then there’s the global multiplayer which pits you directly against an enemy’s castle. You’ll get rewarded with bonus resources if you destroy it though.

If coop is more your thing, you can play monster clan wars with a friend instead, where you’ll take the fight to your enemy together.

If you’re curious, head on over to the App Store or Google Play to check out Monster Castle right now. 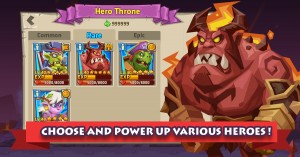 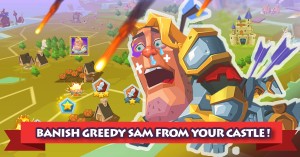 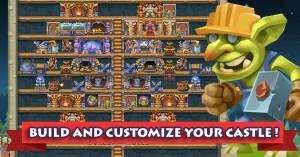