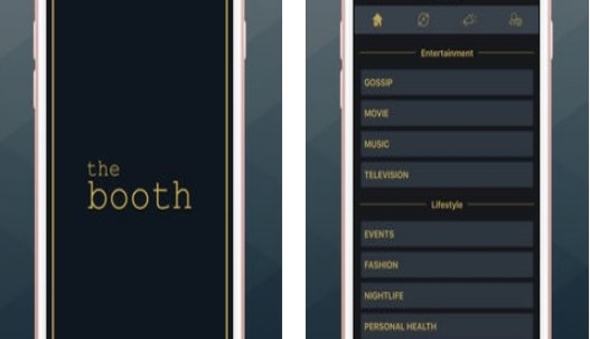 If you know very little or nothing about Rick and Morty, you will soon understand their character traits after playing this zany and creative game for a few days: Pocket Mortys is a game based on the US-based television series of Rick and Morty.

Rick is a scientist with a drink problem, and Morty is the grandson, who goes along with anything the mad scientist suggests they get up to. Morty is the game subject here as Rick is tasked with recruiting and training Mortys from across the universe (including ones that exist in a parallel universe).

There are more Mortys than you might possibly be able to handle. There will be the wizard version, one with a moustache and a Cronenbourg Morty too. Indeed, there are as many as 70 different Mortys to train and recruit. Moreover, the Mortys can fight against one another – as long as you have fun training them all up to do what you want them to do. 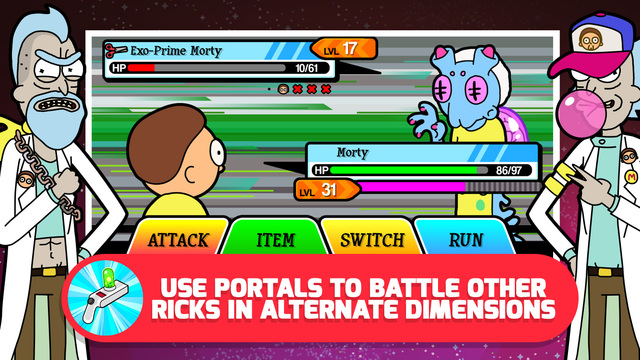 Pocket Mortys is a bizarre game and you will need to have a bewildering sense of gameplay to capture and train Mortys from across the multiverse. There are portals in space where you will be able to send the Morty through and go head to head battle with another Morty from an alternate dimension.

If you have played Pokémon you will see a similar kind of action game here. Pocket Mortys is, however, a tad more bizarre and a little off this world. You might find you’ll need to purchase attack points to continue to play the game at the optimum levels. This is because you should be doing battle with all the trainers in a specific zone – and attack points are needed if you wish to fulfil these targets.

There are plenty of craft items you will collect as you meddle through the game – these will help to enhance and improve the power of a Morty and subsequently assist you in completing those quests. 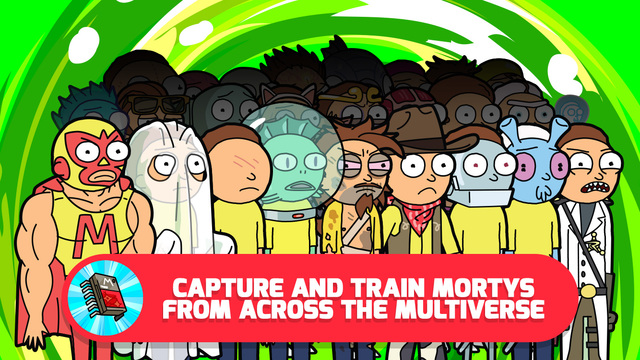 If you only play with the limited number of attack points then be prepared to limit the number of times and options you will be able to attack. Earning badges and battling to get onto the prestigious Council of Ricks is where you should be aiming for.

The storyline in Pocket Mortys is simple to follow and fun. The gameplay has a large variation of characters – even though they are all called Morty, but for a free app, we found it worth the time and effort to have some fun.