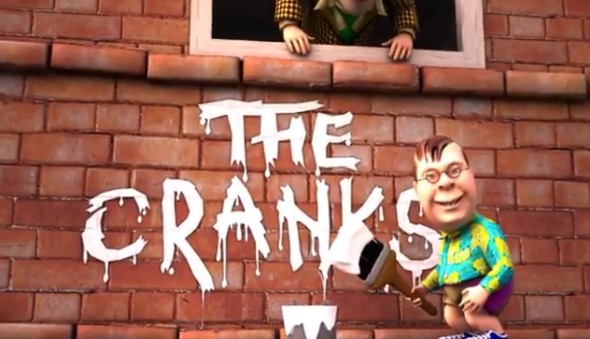 Our first impressions of EatMe were rather cautious. Not-so-lifelike fish lampooned the cover and when you saw its caricatured face grinning away foolishly, we had huge reservations. But we need not have judged this game by its cover as it was compelling and enthralling as they come, once you start to play and grow into a bigger fish.

Getting bigger and bulking up your fish avatar is aim of the game – but it is by no means the only one. Avoiding being eaten by other (usually bigger) fish becomes your biggest motivation. And during this time you are unlikely to be able to feed and bulk up. The bigger you get, the more fish you can eat. 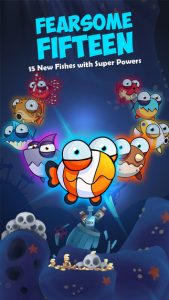 However, don’t think for one moment that avoiding the bigger fish and staying whole is enough in this game. One needs to go on the attack as well as defend your very right of existence. It truly is a case of eat or be eaten.

As well as munching in the imperative task of staying alive and becoming some other player’s fish food, there are a number of ingenious ways to avoid the deathly chase and jaws of that larger fish. You can poop on them, spit at your enemy or hide behind a stun bomb.

The game is also suitable for old-fashioned gamers like ourselves who still prefer playing via a joystick. You can of course play the modern way by screen swiping too. There are 15 different fish types to choose from before you start playing but they all look like something out of a marine themed children’s cartoon program. That said, it is certain to be a big hit with your younger family members. 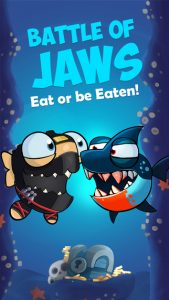 But one shouldn’t come away with the notion this game is just some fish eat fish story, there’s more to it than that. Take, for example, the beauty and graphical splendour of the ocean settings, see wonderful shipwrecks beneath the ocean floor, sunken treasure will hide down here too and of course, witness the skeletal remains of ancient sea beasts.

There’s even a great opportunity to get involved in a timed aquatic theme game. See how many fish you can eat in an allotted time frame and the winner gets to see their name up in lights on the EatMe Leader Board.

There is pretty much something for all ages and all player skill levels in this dynamic game – so get munching!