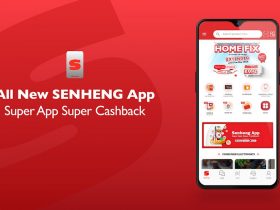 Senheng – Everything You Need in One App

The iPhone 7 is just around the corner, and that can only mean one thing…that’s right – streaks of snake-like queues coiling around every Apple Store this side of the third world! As well as that of course, it also means that many people are going to do the bi-annual migration of their old phone’s data to their shiny new iPhone 7 (or 7 plus, if you want to get fancy about it). But while that gives Apple fanboys a lot to get excited about, it also gives many users some serious concerns; how can they be sure all their precious data, photos and messages survive the transition?

Well, to put it bluntly, you can’t be sure at all as it stands. There are no givens in the digital world, and iPhones, just like every other computer, are prone to the occasional crash. But there is a way to protect against the potential travesty; by using EaseUS’s MobiSaver software, which has already helped hundreds of smartphone users to back up and restore their lost data! EaseUS is the most secure name in data recovery, and their specialised iOS software will restore lost data from every avenue imaginable, whether it’s lost contacts, notes, call history, photos, videos; even Safari bookmarks.

There are a large number of reasons why a phone might lose data, but whatever the reason, EaseUS has you covered. Whether your data loss has resulted from accidental deletion (the number one cause of data loss by a long shot), water damage, or the dreaded new phone transition, you can be sure that the considerate folks at EaseUS have got you covered. It’s the digital age, accidents happen all the time; it’s not a big deal if you’re prepared for the worst, and conversely, things are far easier to retrieve in the digital domain.

Data Loss and Recovery. An infographic by the team at Secure Data Recovery Services

But this seems like such a necessary service, they’re hardly giving it away for free are they? What? They are?! To celebrate the release of the iPhone 7, EaseUS are running a 24-hour giveaway competition, where, on September 19th from 9:00am, they’ll be giving away free versions of their MobiSaver software. We’re sure this will appeal to a good few people who plan to be the first ones in that inqueue t