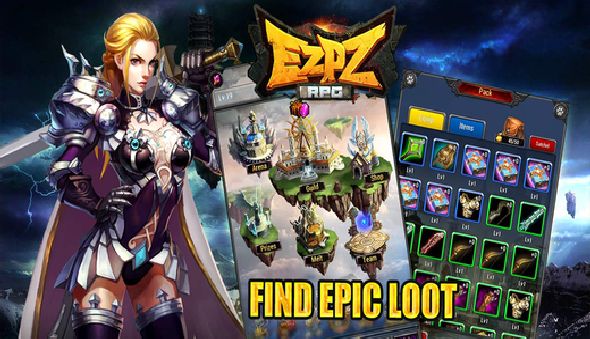 EZ PZ RPG: Adventure Calls, Even When The Phone’s Off The Hook

It’s safe to say that we love our games here at iPhoneGlance and there’s no doubt that we have come across some amazing titles in recent years. But sometimes we yearn for a bit of real live gameplay that sadly, many iOS games are lacking these days. So we decided to take a look at some of the best games in the App Store that combine excellent gameplay with the ability to curse your friends or random opponents while playing them online.

This easy-to-learn strategy card game from Blizzard, the makers of World of Warcraft, is one of those games that makes you wonder where the day has gone. It’s fast, action-packed, and has some great graphics that make it more than just a two-dimensional card game.

The gameplay is fast and furious, and you’ll find yourself hankering to test your skills against the huge numbers of Hearthstone players online at any given moment. However as with many free to play games there are quite a lot of in-app purchases such as new adventures that, while not essential, will definitely improve your gaming experience.

For anyone that played Scrabble before, this app is an absolute must. Pit your wits against random players from around the world or simply link your Scrabble account to Facebook and start playing your actual friends and family.

It’s got a great interface that includes a leaderboard showing you exactly how good, or bad you’re doing throughout the week while there’s a chat option in each game so you can brag about your high scores.

If you didn’t play scrabble in your formative years then you must have played table tennis in your basement. Table Tennis Touch brings back all those memories of mini-tournaments in the school games room with high-speed gameplay.

This game has set an incredibly high standard for future table tennis games to live up to with incredibly responsive swipe controls and a variety of games modes. It’s the table tennis app of the century and with so many downloads on the app store, finding a random opponent online for a live game is a breeze.

Forget your tired old solitaire games and play a real card game against real people. The Pokerstars app connects you to an online world of like-minded souls eager to play a few hands on the go or in their home.

It’s a simple process that requires an account set-up but once you’re done validating your email address you gain access to the lobby where you are offered the chance to play for ‘Play Money’ or ‘Real Money’ before joining a tournament, ring game, or a sit and go. It’s a great way to learn how to play poker without the pressure of a real-life casino environment.

It’s almost impossible to go on the internet these days without seeing an ad for this extremely popular and free-to-play world building game. Players must build their own village and then equip their small army by raiding other players’ villages or goblin encampments.

Players can unite their armies to form clans and take on other clans or just wander the land destroying villages. It’s a great game that is just as addictive as Hearthstone but here there’s a strong focus on forging alliances and building a kingdom to defend rather than simply destroying your opponent.