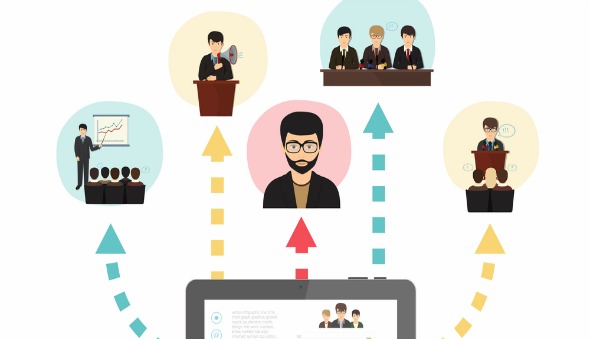 10 Dos and Dont’s of Video Conferencing

The iPhone X may be the Apple product that does it – that is, takes Apple to a market value of 1 trillion dollars. In early November, Apple’s market value was over $900bn for the first time – a staggering amount, and a number that puts the trillion figure within reach in the future.

Apple’s share price was boosted by its great earnings figures, and excellent word of mouth on the iPhone X. The last time a US company came near this figure was in the tech boom when Microsoft seemed the company that would be most likely to make it.

Funnily enough though, it has been done already. In 2007, PetroChina, an oil and gas producer, got to $1tn. But that was on the Shanghai Stock Exchange – a US-listed company hasn’t got there yet. And it’s possible that Apple may not even win the prize for most valuable company anywhere in the world. The Saudis think that the gigantic Aramco IPO, currently the subject of a tug of war between London and New York, may make $2tn.

The biggest public company on the planet

Still, Apple is the biggest public company globally. It has to put on 11% to reach the trillion, but if the iPhone X sales are anywhere near the anticipated levels, Apple may make it in 2018, so it’s possibly time to invest.

Its closest rival in the US is Alphabet, Google’s parent company. Its valuation of $728bn is hardly small change but it has a way to go to catch up with Apple. Microsoft comes in third with $651bn, Amazon snapping at its heels with a value of $546.5 and Facebook not far behind with $524bn.

One fly in the trillion dollar ointment for Apple, would be disappointing iPhone X sales or a further softening of Chinese sales. If this became more marked, investors might be worried. This would be the case if Chinese sales were being affected by the growth of China’s own tech giants.

Apple shares have gone up 60% over the past year and Amazon is up 47%. But Alibaba, the Chinese tech company has seen its shares rise 94% in the same period. Tencent, another Chinese tech giant has had a share price rise of 85%.

Apple makes 25% of its profits in China – it’s the company’s second biggest market. But it has lost market share to local Chinese smartphone providers. It has also had to battle a strong dollar, which the company admits, usually ends up with Apple having to raise its prices. In January, Tim Cook, Apple’s CEO, pointed out that China’s currency had had an effective devaluation of 7% during the previous year, in comparison to the dollar.

However, according to CMC Markets the dollar has weakened because of unsettling international and domestic news, and this could provide a boost to Apple’s sales in China. It may allow the company to reduce its prices in a number of overseas markets, boosting sales. It’s known that the Brexit vote made Apple’s products 25% more expensive in the UK, but this effect is fading.

US tax changes could also help

Another reason that Apple may yet be the first company to a $1tn market capitalisation in the coming year, is the US President’s tax policies. Analysts at RBC Capital Markets have pointed out that Apple may benefit hugely from President Trump’s planned cut in corporation tax from 35% to 20%.

There is a great deal of uncertainty over whether these plans will be successfully introduced, and the timescale involved. However, if Apple was forced to repatriate cash held overseas (one of the proposals on the table) it would take a strategic view of its options. It might well use the money repatriated to the US to invest in its own stock, thus further increasing the value of the company.

So Apple finds itself subject to a number of influences that are outside its direct control – tax policy, dollar exchange rates and home-grown competition in one of its key markets. It will be interesting to see whether that $1tn valuation stays within reach or begins to recede.