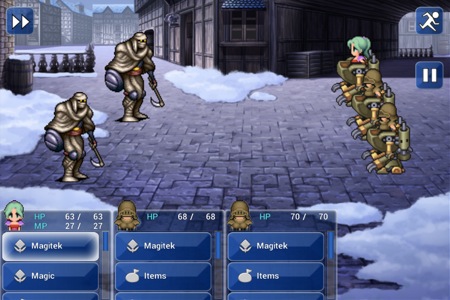 THE WAIT IS OVER

Modelled on the character from the song, ‘The Trooper’ from 1983’s ‘Piece of Mind’ album his arrival in the game emphasises the recent announcement that MAIDEN’s 2018 European Tour is named ’Legacy of The Beast’ and takes inspiration from the mobile game and spin off comic book.

Comments Iron Maiden Manager, Rod Smallwood “For this tour we decided to base the theme around the Legacy Of The Beast name, which suits our purposes perfectly by giving us scope to play a lot of 80’s favourites and to get creative and have some fun, especially with Eddie! The game has always paid tribute to the recording and touring plans of the band with the timing, characters, worlds and even the launch of the PVP arena all having relevance to what the band were up to at any one time. With ‘The Trooper’ a mainstay of our touring set list for many years now I know our fans will finally love using ‘Trooper Eddie’ in the game. He looks incredible and his special ability is one of the wildest things we have seen in the game so far.”

The Trooper has finally been fully realised within Legacy of the Beast and true to the lore of the doomed soldiers charging against all odds, he brings a series of team enhancing skills and abilities to make him and his brigade an unstoppable force on the battlefield…

Iron Maiden: Legacy of the Beast is a definitive experience in the mobile RPG space – taking players on an unparalleled, epic, ever-expanding, gaming journey via their smartphones & tablets.

Iron Maiden: Legacy of the Beast, is available now for free on Apple’s App Store and Google Play.