I was in Japan recently, exploring an old shrine. There were many tourists there, both foreign and Japanese, all of who were clicking cameras excessively. A group of school kids materialized through the horde and approached me. In broken (but not incorrect) English, they asked could we take a picture; I agreed, and next thing I knew, I found myself at the epicenter of an ambitious group selfie. They thanked me and took off, back into the throng of tourists, never to be seen again. I wondered about the picture later on that night; it would’ve made a nice keepsake. Unfortunately, I will likely never be able to find it. If only the kids had been using FindYou Photo, a new app which makes finding photos online a breeze; I would’ve found it in seconds. It’s smart, it’s fun, and it’s out now for iOS!

This clever app is all about connecting you with photos that you either thought you’d never track down or that you didn’t even know existed. How does it achieve this miraculous feat? Well, for starters, it dispenses with tagging, seeing it as an outmoded form of photo searching. Instead, it uses the parameters of time, date and location to seek out snaps. This is actually a very smart approach because it means that you can search for photos from any time period, be it yesterday or ten years ago. You’re not limited to the latest shots in a communal feed, or dependent on people you don’t know tagging you.

It also means that you’ll never miss a shot of yourself from big events like birthday parties or weddings. Inevitably, some get lost in the huge photo dump that inevitably occurs in the days following the celebrations. You might’ve missed a really good shot of yourself (potentially a new profiler!). Well, FindYou Photo gives you the opportunity to scour through the potential shots and track down any and all that you want to save for personal use, or just a lovely memory of a special night.

But that’s not all the uses; professional photographers can also use the platform to sell their work, with the added bonus of it meaning something personal to the buyer, if the photographer happened to be in the same spot as them, on the same day. There are limitless uses to the app, but its success depends on many people using it. So get ahead of the photographic curve and download FindYou Photo from the App Store today! 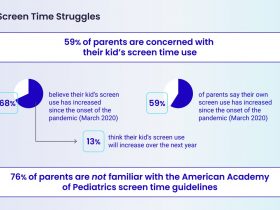