However, people have always been looking for ways to connect and network with each other. And, in this age of digitisation, people have found ways to be socially active on the internet, which is possible with the advent of the numerous social networking platforms and apps. For everyone that looks for a new interesting way to share their photos with others, we looked and we found one amazing social app developed especially for that purpose. Let’s discuss about this fun social networking app.

What is Skying App?

Skying App is one very entertaining and interesting social networking app which is developed for IOS users that are looking for a new fun way to share their photos and meet new people. The app is very easy to use and with simple interface and the users only need to create their account so they would share their favorite photos. By using the app, users will have the chance to look at interesting photos posted by their friends and users from the whole world, connecting and meeting new people by just posting photos.

Why do we love this social networking app? 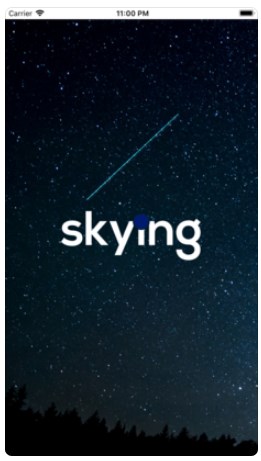 This social networking app is offering users fun features to help them connect and meet interesting people while allowing them to post their favorite photos, sharing them with other users. On the app, users will be able to share photos and allow other users to view them. Also, users with this app will be able to view photos posted by their friends and other users. The app allows users to like and comment on photos posted by others the like and also other users will be able to comment and like their photos as well. If the user wants his photos to be seen by more people he can put hash tags on the photo and every time a user opens that hash tag he will be able to see his photos. The users that want to see even more interesting photos they can open specific hash tags and all photos with that hash tags can be viewed by him easily. With the app users will connect with each other and share their favorite photos!

Download the app for free on App Store to share your favorite photos with friends and users worldwide!