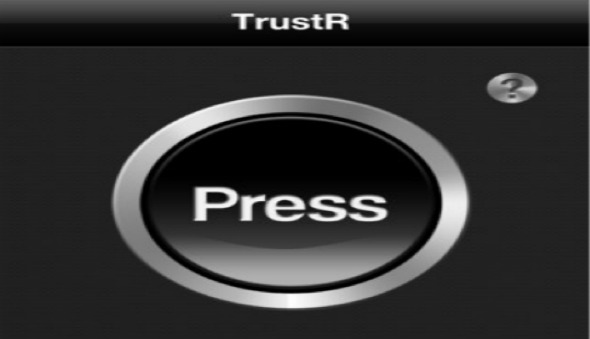 Do you know maximum information about iOS 10 platform? Are you aware of iOS 10 security and privacy features? Apple’s iOS 10 is considered as one of the most significant iOS updates in years as this powerful OS comes with enormous features that can enhance your user experience.

When you look on the surface of this OS, it appears similar to iOS 9, but when you know closely, you will find a lot of brand new features, which are included in it. Like every other iOS version, iOS 10 has put security and privacy in front.

You can find a lot of privacy and security features that are working for you in iOS 10, with various of them obtainable on iOS 9 also. Therefore, it doesn’t mean that your iPhone or iPad can’t leak the information. Ensure that you set up your device in a way that you can prevent it from any problems and issues. In this post, we have listed top iOS 10 security and privacy features that can guard your device.

Data privacy is one of the essential features of iOS 10, which needs to be addressed by various tech manufacturers, but Apple addressed this problem by altering users whenever any application requests data access.

However, you can get an option of checking and turning off the data privacy of each application by going to Settings>Privacy. There are some apps, which users can check as they can access important data about the users like HomeKit, Motion & Fitness, Location services, Health, Camera and Microphone, Contacts, Calendars and Reminders and Media Library.

As Apple revealed that it requires all iOS applications to make use of HTTPS connections rather than HTTP to encrypt web traffic. it is also using one already obtainable feature that is known as the App Transport Security, which was originally launched on iOS 9.

This feature ensures safe and secure connections over the web for applications as ATS “prevents accidental disclosure, delivering safe and secure default behaviour and it is a lot easier to adopt. Moreover, this security feature is also applied to the Apple File System to replace HFS+. The earlier is mainly focused on working with SSD storage that makes encryption a primary feature.

Since iOS 9, Apple has made the default passcode from 4 to 6 digits to make it harder for hackers to crack. However, the company has marked this feature that is mainly used to protect the whole device from unwanted access upon contact.

This 6-digit code supports the TouchID, which is considered as an additional layer of protection for users. You would various Passcode Options to make it a lot easier for users to remember, so they can choose a Custom Alphanumeric Code, Custom Numeric Code, and 4-Digit Numeric

Make Use of 2-Factor Verification

Do you know that your Apple ID is an important piece of information, which hackers try to steal? You are allowed to secure it with 2-factor authentication over at Apple.com and you can easily do it to ensure your wallet and data are both protected. 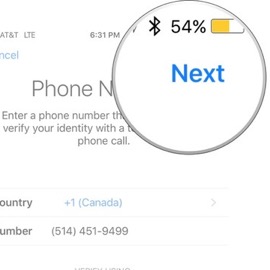 However, a hacker can also steal important data and information from the backups and buy some of the items on their behalf after gaining Apple ID access. An important tip to remember is that you need an important password for some additional purchases that made on the iOS and Mac devices.

In iOS 10, the notification feature delivers a quick rundown of all your messages or updates. In case, when any stranger passes by can instantly check all your messages. So, you can control the previews of emails and messages and limit it.

To do so, you just need to go to Settings > Notifications > Messages and disable Show Previews.

You can also do this by mail and other applications, which show notifications on the screen.

When it comes to talking about Auto-Lock, it is a completely new security feature that helps users to instantly auto-lock their device while not using it. However, it is practical to get an iPhone or iPad and get back what you have been working on by keeping the device unlocked. 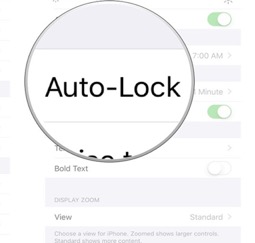 This feature will make users to security risks because anyone can easily access device’s content by browsing it. The all new iOS 10 has an option of setting the Auto-lock time from 30 seconds to never. You just need to press the power button to lock the device longer.

You should ensure that security should be a complete balance between restrictions and ease of using. Using this feature is important as Apple is already working on attracting more businesses to their devices. Whereas, iOS 10 comes with better integration with EMM software.

So, these are the top iOS 10 security and privacy features that you should check out and use them to make your device more secure and safer. However, you can also get an iOS app development to get your desired application for this OS.