Candy Crush: The Science Behind the Addiction

Apocalypses are a scary prospect, but what if what came after the ‘end of the world’ was even worse? Chances are, if you manage to survive a catastrophic disaster that wipes out most of the life on earth, you’re going to be in one hell of a tight spot; whatever follows an apocalypse isn’t likely to be all that friendly. Well, when it comes to Final Fortress – Idle Survival, the answer is zombies. Zombies come after the end of the world, and they come at you thick and fast with no apparent concern for their own safety. Your mission is to construct a shelter and rescue as many survivors as possible while you’re at it. It’s a fun, frantic, free idle clicker and it’s out now (free) for iOS and Android. 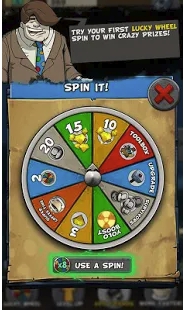 Idle clickers are a form of game that didn’t exist before smartphones. The logical reason for them is that most of us have a phone in our hands nearly all the time anyway; our fingers might as well be doing something. On the surface, they don’t sound that engaging; clicking obviously doesn’t require any skill, so where’s the reward? In practise however, they are actually extremely addictive. Final Fortress – Idle Survival is no different; it’ll have you clicking like mad no matter how much is demanded of you.

And, paired with the gorgeous graphics and rapid-fire gameplay, that would’ve been enough for a good game. But that obviously wasn’t satisfactory for the developers of Final Fortress; with their new update, they bring a whole new level to their creation, making it a truly great game in the process. In addition to building the fifteen floors of your tower and amassing as many survivors as possible, you now have to defend your structure against waves of incoming undead hordes, including Boss Zs, who are, unfortunately for you and your band of merry survivors, far tougher than your average zombie. 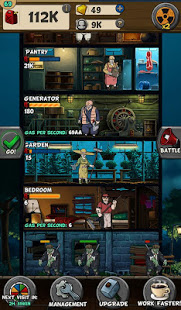 Money has no meaning anymore in the world of Final Fortress – Idle Survival; gas is the new coin of the realm. You’ll need to harness your resources well and keep upgrading in order to survive; but that’s all part of the gruesome fun.

If you enjoy addictive games with a dash of action and adventure, get lost in the (end of the) world of Final Fortress – Idle Survival today at the App Store or Google Play.