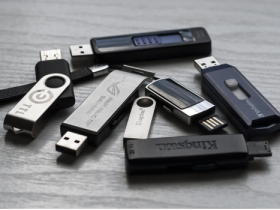 How to transfer photos from iPhone to USB flash drive

It’s a nation of smartphone users, with an estimated 237 million people owning some type of device in the United States. But while Americans love of devices is clear, what is unclear is where exactly loyalties lie when it comes to smartphone brands.

Who is team iPhone? And who would rather own an Android phone?

Kempler Industries set out to break down allegiances between the two feuding companies and was able to identify the states’ populations which are searching for each brand the most.

Kempler identified some geographic patterns when it comes to interest in Apple’s smartphones. Much of the interest falls in the eastern United States, with the exception of Texas and Nevada. On the other side of the aisle, interest in Android devices seems to fall primarily on the west coast, with the exception of New York and New Jersey which both ranked high for Android-related Google searches.

Whether a population is more interested in one device over another, one thing is clear. The United States is a nation of smartphone users who are devoted to their devices. 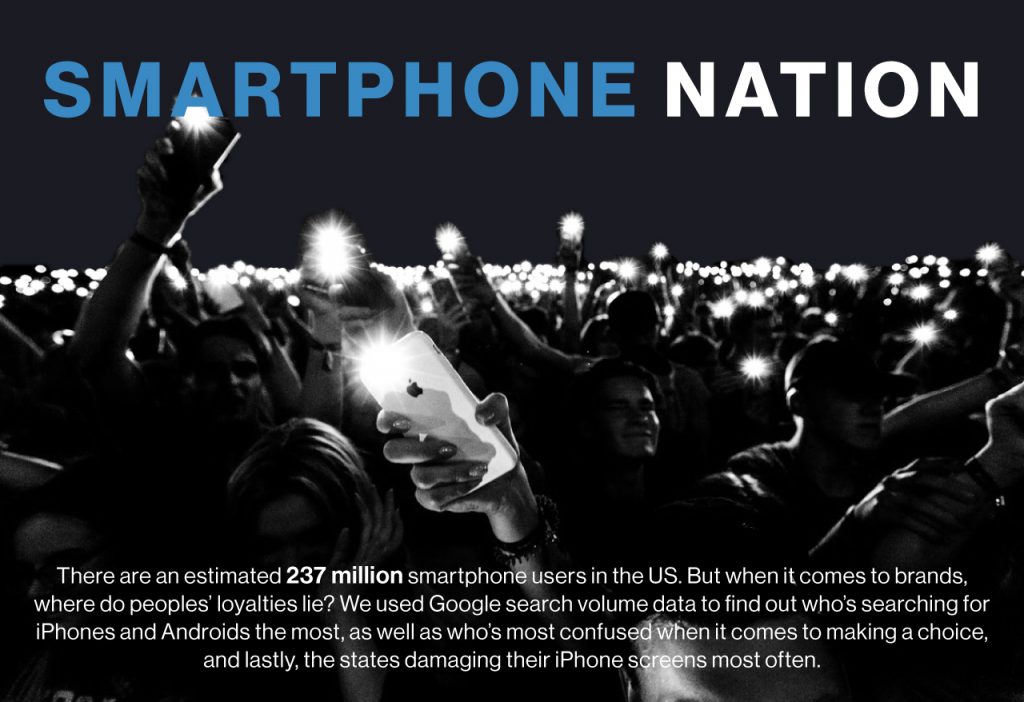 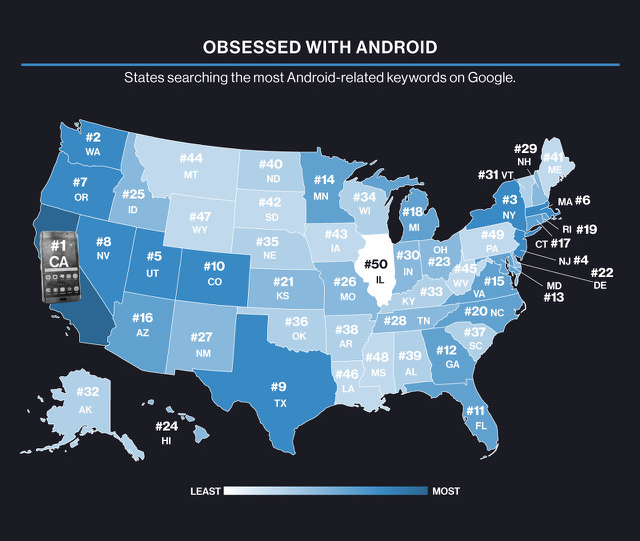 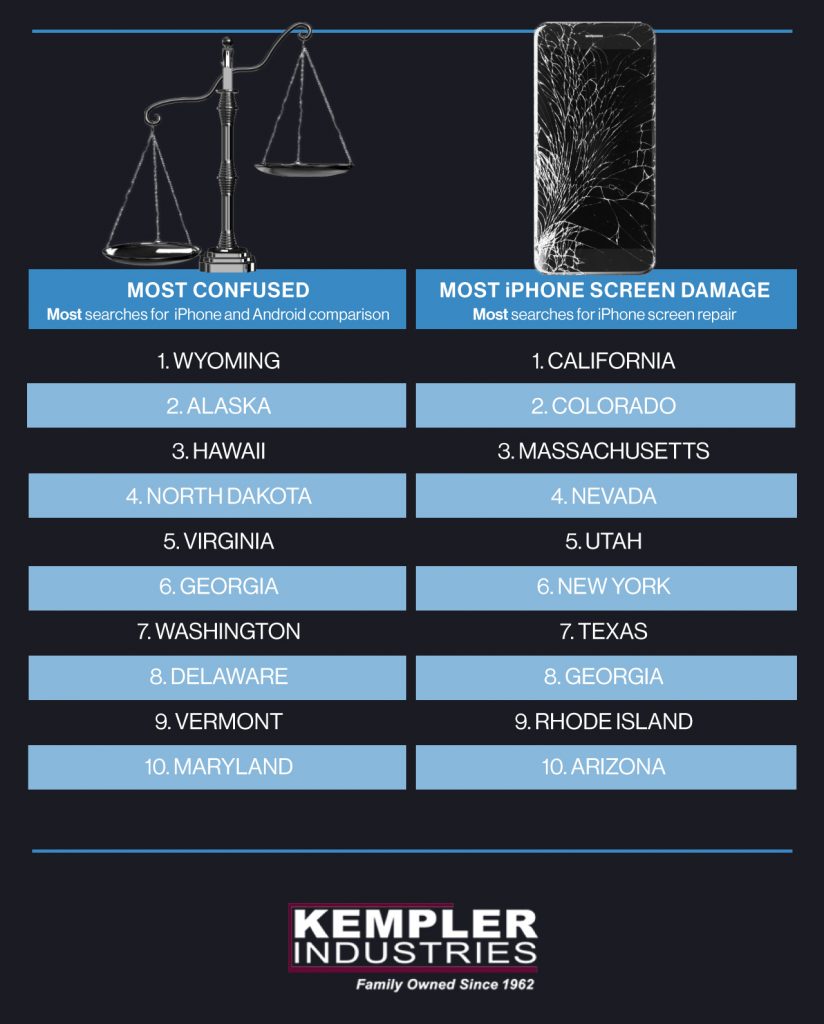