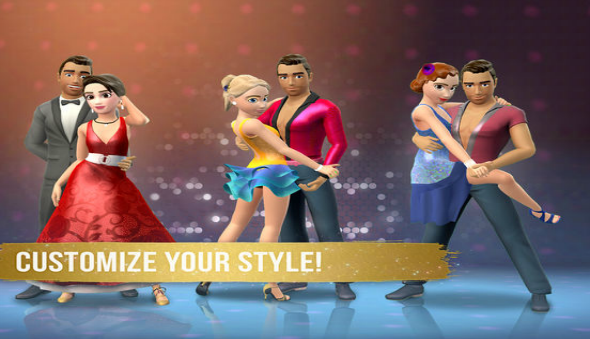 Take a spacewalk as ‘VON’ the curious CosmoBot and float amongst the dazzling celestial wonders of the Universe as you travel through the rainbow portals of time and hyperspace to an extraterrestrial symphony of sound and brilliant colour. 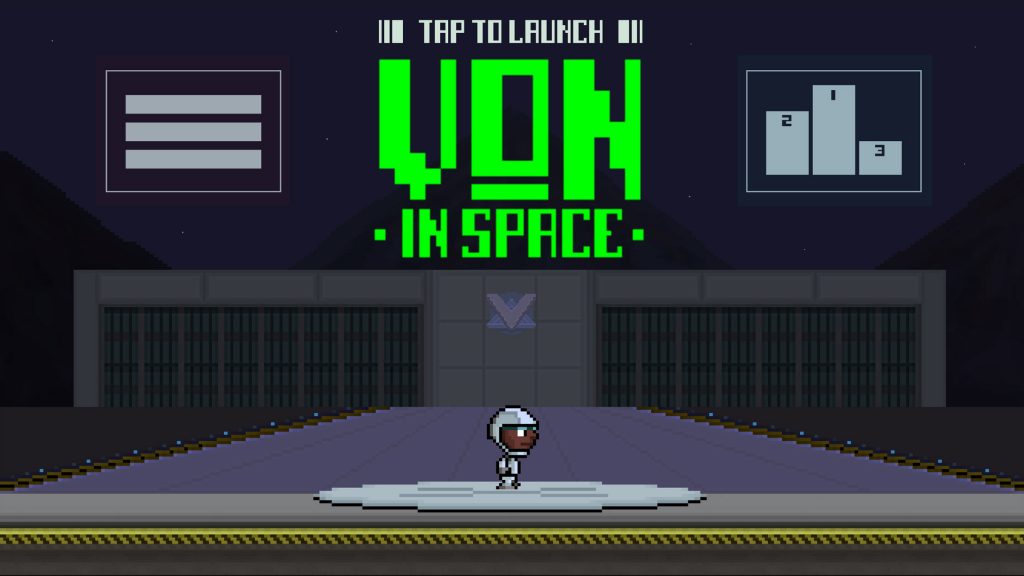 VON is a CosmoBot who sets off on an adventure through the stars to discover what might be beyond the outer orbits.

Travelling past planets at 3.1 million miles per second, Von can float for 180 million miles before requiring a recharge from orbiting energy tanks.

Coming into contact with a colourful tank will trigger a Stargate sequence, rendering VON invincible to Planetary Patrolmen and previously dangerous pieces of an asteroid.

EachenemytouchedwithintheStargaterapidlymultiplies a player’s score, encouraging competitive players to develop strategies aiming to achieve the top ranking in the leaderboards.

RETRO STYLING-‘VON’immersesplayersinaclassicallystyled 8-bit, true to scale Universe. Players drift past planets and their moons while also encountering comets, asteroids and Planetary Patrolmen who are looking to knock travellers off their course.

FLOAT FOR ALL – Designed as a simple, single level tapping game for all ages and skill levels, ‘VON’ encourages relaxation and brain synchronization by combining traditional, rhythmic gameplay and sound resonance as players tap and float through the colourful vastness of Space with the accompaniment of specially curated sound programs and tones to encourage overall relaxation, focus and calm.

GAMING OPTIONS – ‘VON’ allows users to relax and float peacefully through the solar system, or competitive players have the opportunity to develop their own strategy and do their best to compete for the highest score before VON reaches the end of his journey and encountering the secret ‘Kill Screen,’ paying homage to popular game-ending ‘glitches’ in competitive classics such as Donkey Kong and Pac-Man.

Wallis is an independent filmmaker well known for his latest award-winning documentary, ‘Perfect Bid: The Contestant Who Knew Too Much,’ and is also a highly sought after visual designer known for his extensive collaborations with numerous major brands, recording artists and film studios. His visuals have been featured on MTV, World Star Hip Hop, XXL, VICE, and Revolt TV.

Harry Fraud is best known for his production work for various high-profile artists such as Wiz Khalifa, Juicy J, Rick Ross, Prodigy, Pusha T, Talib Kweli, The Weeknd, Sam Smith, among others. He has also worked on the production for the International Emmy Awards.

Scores and screenshots can be shared with the hashtag #HowFarCanYouFloat

Von in Space is available on 09th January 2019 and can be Preorder Now. 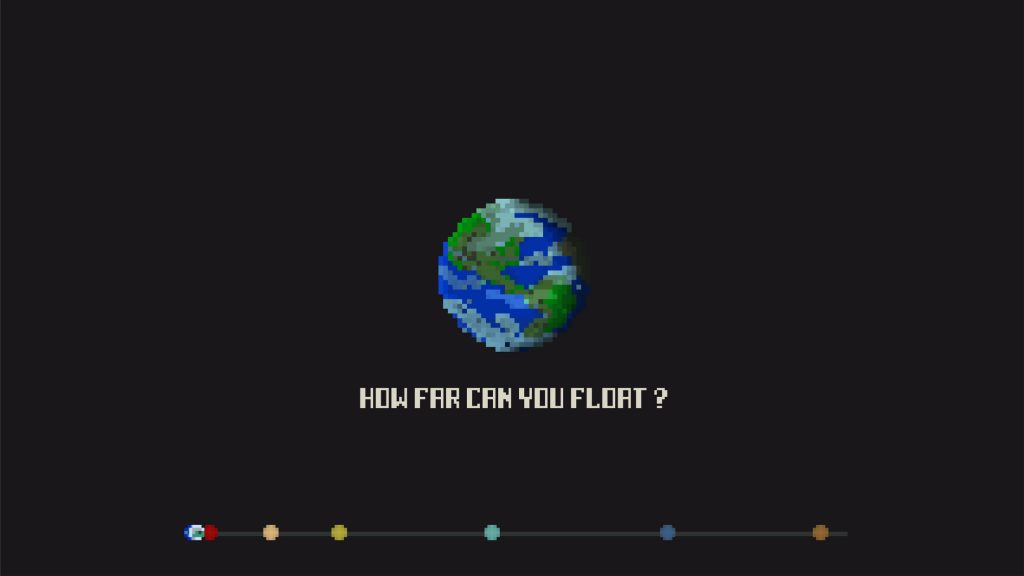 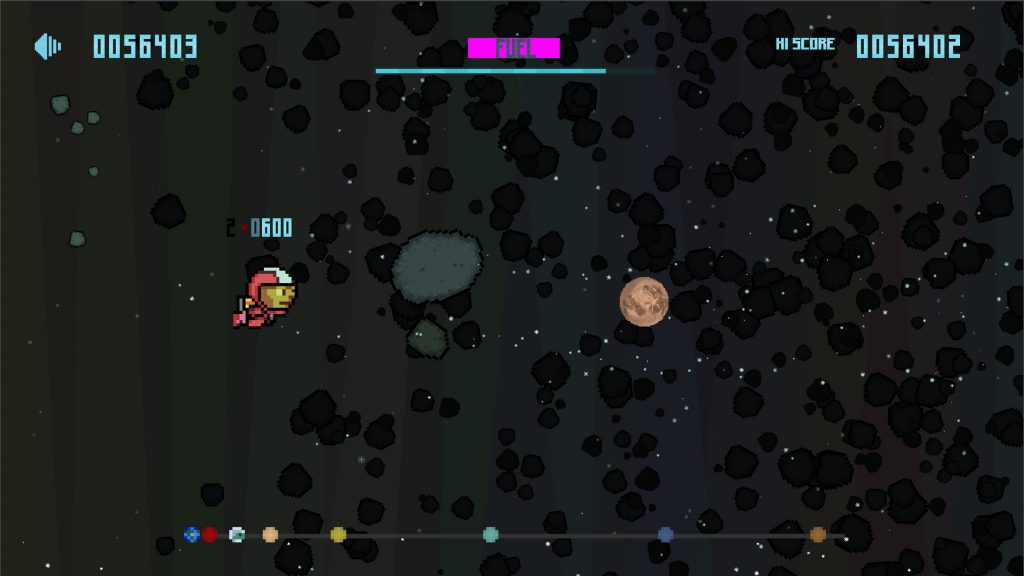 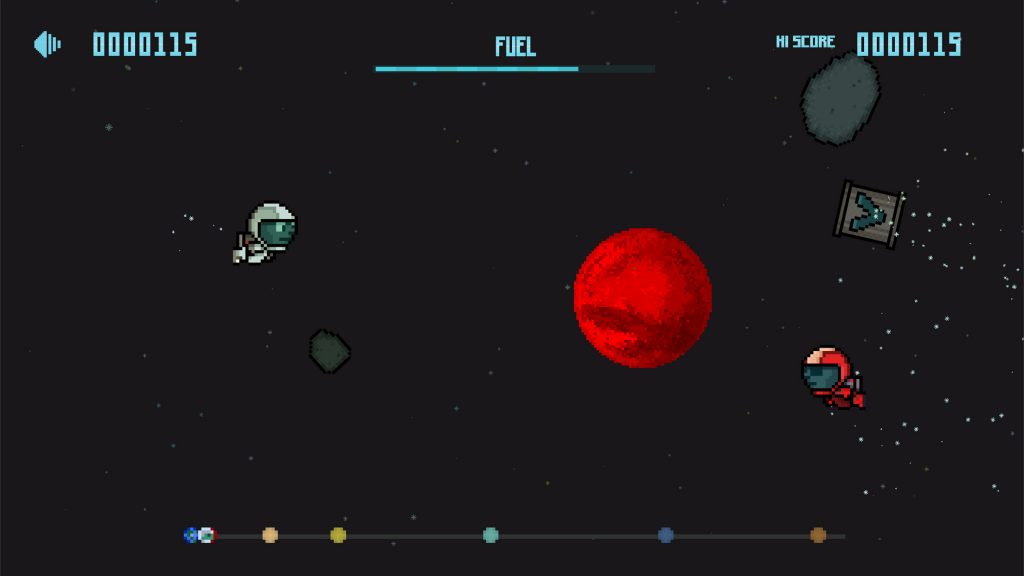 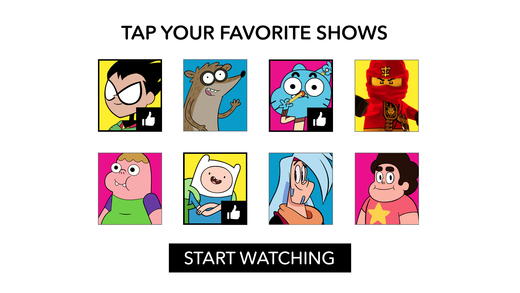