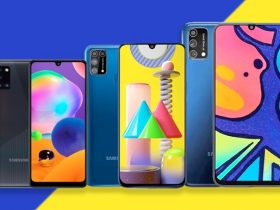 A recent teardown of the Samsung Galaxy Fold revealed a number of major design flaws. For the better part of the decade, Samsung has been researching and developing the foldable phone technology. It’s quite disheartening to see that a number of review units literally broke down after a few days of use. This makes the nearly $2,000 flagship far less reliable than a $200 entry level smartphone. We are left wondering whether the mid-June ETA for the Galaxy Fold is sensible.

Samsung claimed that the device could survive 200,000 folds and unfolds. It means if you fold and unfold the phone 100 times each day, it should be usable for five years. iFixit has recently examined the hinge system of the device, which is fairly complex, highly robust and well-designed. It’s essentially a four-spring mechanism that ensures both halves of the Galaxy Fold open and close simultaneously. Although the hinge appears to be flawless, there’s still a 7mm gap at the bottom and top, when the device is unfolded, which may cause it to pick up dirt. Even the smallest object could get stuck inside the hinge and the fragile screen will be damaged when the device is unfolded.

iFixit also confirms that users shouldn’t remove the polymer protective layer, because the display is very fragile and the layer is tightly adhered. When users remove the layer, even the slight pressure could break the display. Unfortunately, Samsung hasn’t properly informed users about this. Regular flagship devices are protected by very tough anti-scratch glass, but Samsung can’t apply this for the Galaxy Fold. Samsung already vowed to increase the strength of the display, but with the official release date is just a few weeks away, it isn’t clear how that’s possible.

Due to its complexity and design flaws, iFixit gives the Galaxy Fold a score of 2/10 in repairability. It’s clear that it takes at least a couple of years before the foldable smartphone design becomes mature and reliable.