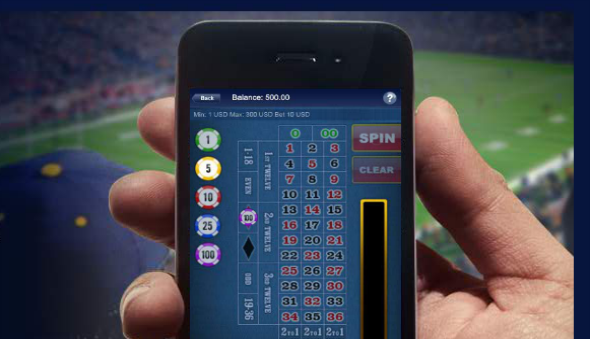 Experts in the industry have since long spoken about Augmented Reality is the new way to shop. It has been discussed that Augmented reality can be used in future retail applications to facilitate the shopping experience.

But since the two biggest mobile operating system – Apple’s iOS and Google’s Android have released their Augmented Reality APIs which are ARkit for iOS and ARCore for Android the augmented reality shopping dream is closer than ever. 75 percent of retail customers are also in favor of Augmented reality applications to be provided by the retailers according to a study.

This article answers the question that is Augmented Reality the new way to shop and how is it already transforming the retail industry. Before we dive into the subject, you must learn the difference between AR and VR.

Difference Between AR and VR

Augmented Reality is a technology which is used to add some digital elements which can be interactive into the elements of the real world. It is a mix between the real and digital realities. Augmented Reality is most commonly implemented in mobile devices by using the rear-facing cameras of smartphones.

We can see the use of Augmented Reality in games like Pokemon Go where a user can find digital pokemon in the real world with the help of the rear camera in mobile phones. Augmented reality is also seen in Instagram and Snapchat where Snapchat lenses embed digital components into faces of people and around it.

Virtual Reality, on the other hand, is a totally immersive experience into the digital world. It requires the user to put on a headset which contains screens for both eyes which feed the digital world into the user’s eyes. It, unlike augmented reality, does not contain elements of the real world. Virtual Reality is most commonly used in games nowadays. With the advent of Virtual reality headsets like Sony Playstation VR and Oculus Rift, virtual reality gaming has gained a boost.

Now that we know the difference between AR and VR, let’s see some AR applications for shopping. 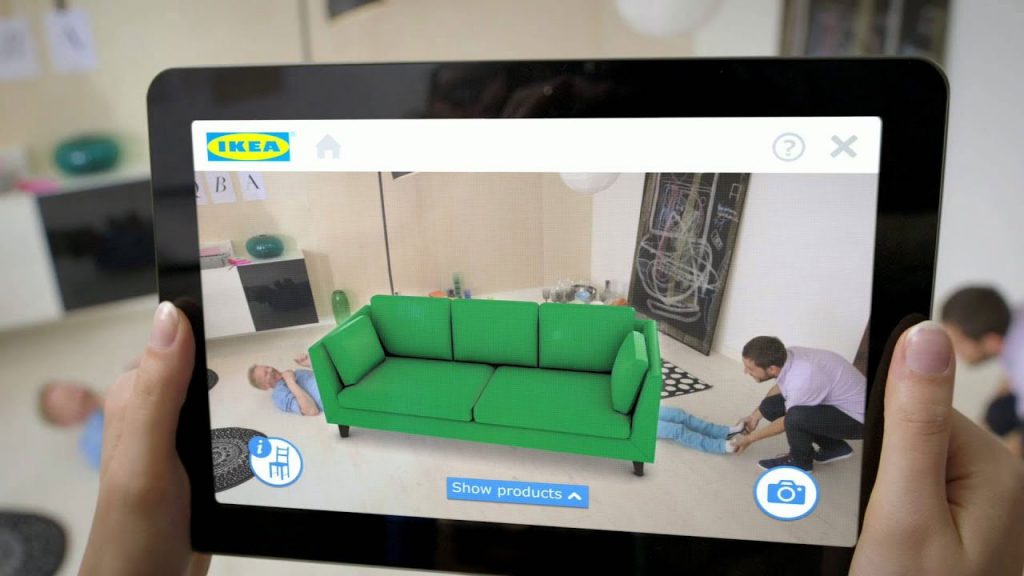 The Swedish furniture and home accessories company, Ikea has unveiled their latest catalog of products which is an AR catalog which helps users to actually see how the products look at different places inside their home. This is an interesting application since we cannot judge how a product would look in our home just by looking at it in the store. To do this, the application has a measurement of the true size of its products and maintains the aspect ratio as well as possible.

Using their app, you can just view your home through the app with the digital furniture elements inside it. The app is called the Ikea Place AR app and many people have become a fan of it. It has increased the sales of products as the selection process of furniture and other home appliances have become easier with the help of Augmented Reality.

The basic shoe shopping session goes like this – you go to the store and take off your shoes, try on a pair of shoes that you like and if it doesn’t fit, you ask the employees to get a size that fits and then the whole process repeats if you don’t like that one. That sounds like a lot. To solve this problem, Converse Shoes have launched an Augmented Reality App in 2010 which makes the job of buying shoes far easier.

Using the app, shoppers can shop for shoes from their home. They just need to select a shoe they like from the vast inventory of Converse shoes and then just point the camera of their phone towards their foot. The AR app just takes measurements of your foot and renders the image of the selected shoe on to the foot like you are really trying it on. Using the app, people can also save the images of how the shoes look on their feet before purchasing it and share them through any social media apps. People like to get recommendations about their fashion choices and this app facilitates it well. 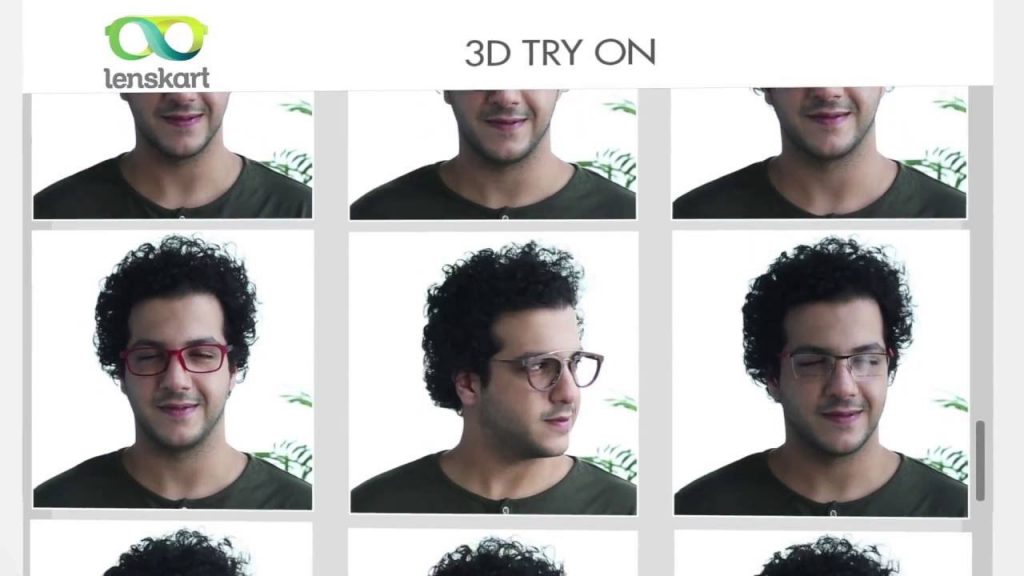 The Lenskart app has made shopping for the perfect pair of glasses easier than ever. A user can just use their front camera to scan their face and select the glasses they want to try on and the app superimposes the image of the glasses on the face of the user on the display. It is just like trying on glasses in the store.

The 3D try on a feature of Lenskart can be used through their mobile app or the Lenskart website. To use the functionality, the user has to make a video in which you have to show different angles of your face and upload it to the Lenskart app or website. After that, you can try on different styles from the vast catalog of Lenskart. You can make comparisons between different styles of glasses and get suggestions from your social networks too.