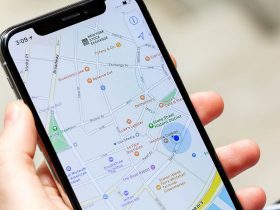 Apple has released the first public beta of the iOS 13 and it gives us a real taste of major features of the new software version. The iOS 13 isn’t yet finalized, but the final release will be nearly or completely identical. Under the hood, the iOS 13 comes with a ton of improvements, which will make the iPhone snappier and more functional.

The most coveted feature of the iOS 13 is the fully integrated Dark Mode, which should work well on the latest iPhone devices with their OLED display and true deep black capability. UI elements and core apps could transform to dark gray or black appearance, from the original white and light gray colors. Users could set the iPhone to toggle automatically with the day and night cycle. However, the Dark Mode doesn’t affect third party apps, but at the moment, many developers are preparing new versions that support Dark Mode.

For a long time, one major gripe among iPhone users is that it is a nuisance to make minor corrections after writing long paragraphs. The clunky cursor is a tricky to control for highlighting text, copying, pasting or correcting a word. The iOS 13 makes things easier, because with a single motion, you can drag the text cursor. This makes text management more convenient, intuitive and fluid. It should be a welcome improvement if you type a lot. Users can also perform swipe type, so it will be much faster to write a sentence.

On the iOS 12, Apple’s Memoji still feels a bit limited with only very few options. There are additional options to play with, after you install the iOS 13. As an example, you can add more hairstyle, facial hair, hats and accessories. The Reminder app also gets updated UI that allows you to see multiple pages of reminders.