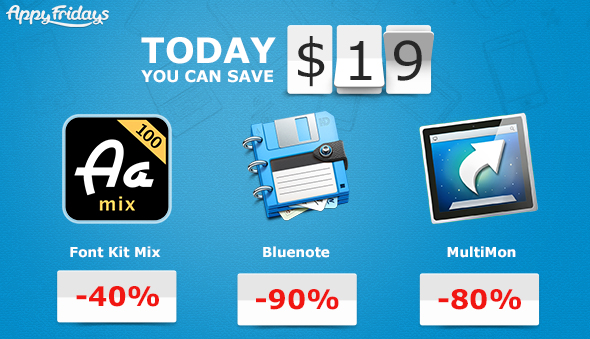 AppyFridays deals: 90% OFF on Bluenote, and other cool apps for your Mac

The original Galaxy Fold was a controversial device with quite a few serious flaws. With the new Galaxy Fold, there are some noteworthy changes that you should be aware of. This time, there’s no more visible protective layer that people could peel off. In the original design, the protective layer wasn’t well integrated on the display, so it looks like something that you could happily peel off. This time, the new Fold has display edge that’s sealed more securely with plastic caps at folded points. This should prevent dust front from getting under the display surface. It was one of the flaws of the original Fold.

The gap between the hinges is now far less visible. You can no longer see the metal plate under the display that’s essential to reinforce the delicate plastic display. However, Samsung says that the metal plate is still there. Beyond these design tweaks, the new Fold appears mostly the same compared to the original device. The hinge moves and snaps shut satisfyingly smooth. Unfortunately, the display crease is still there and with current technology, there’s no way to get rid of it. When the middle part of the display reflects the sunlight or the overhead lights, you could see the ripples, interrupting the smooth expanse of the display.

The crease could be somewhat off-putting and it is a bit of problem when you watch videos with dark scenes because light reflections will make the crease more visible. One positive thing is that there’s no change in brightness or color when you fold the display. But with regular videos and normal lighting, you shouldn’t notice the crease that much. When you hold the unfurled Fold in landscape orientation, at the top left corner, there’s a cut-out notch or at the upper right corner when you hold the device in portrait mode. It shouldn’t spoil your content viewing because the notch only takes up very small space.

When you unfold the device, you get a 7.3-inch display with 1536 x 2152 resolution at 362 ppi density. Outside, there’s a 4.6-inch display with 720p resolution, adequate for showing basic information and notifications. The big display is something that you normally get from a tablet, not a smartphone. It’s a comfortable device for travellers for checking Google Maps and with the powerful Snapdragon 855, everything runs quite smoothly.