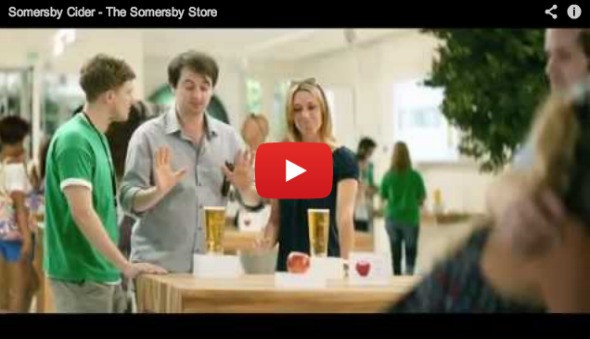 If Apple was ever to sell beer, then this is surely how they will market it – Video

The Galaxy Fold, Samsung’s first foldable device was released in September this year, after the failure of the initial model. The South Korean company managed to sell nearly 500,000 units of Fold, despite the exorbitant price of $2,000. However, the next foldable will be much more affordable at around 1 million South Korean won or around $845. Lower price tag will ramp up sales. In fact, Samsung is expecting that in 2020, they will ship around 6 million foldable devices. This target could be achieved if Samsung introduces cheaper devices. The current Fold will also be sold to more countries, to about 60 countries by next year.

Unfortunately, this rumor is still at early stage and we don’t know about other details. Another compelling reason why Samsung will release a more affordable device is that other manufacturers are doing the same. The newly revived Motorola Razr is a mid-range model, but with a reliable foldable clamshell design. LG is also tipped to introduce its own foldable smartphone in 2020. Due to the problematic design of the current Galaxy Fold, the new foldable niche is in dire need of a more reliable, breakthrough design. The Huawei Mate X may be more reliable than the Fold, but it is still prohibitively expensive for many users.

These companies should make foldable devices mainstream. It is probably too soon to predict that the foldable design will supersede the current design, but it is quite certain that more foldable devices will be available in the near future. Galaxy Fold’s design with standard hinge could become outdated as more durable flexible display material is available in the future. As one of the first manufacturers that release marketable foldable devices, Samsung should lead the way by bringing the latest development. The new Motorola Razr, Huawei Mate X and Samsung Galaxy Fold offer radically different designs that tackle the foldable concepts in unique ways.

We heard that the Galaxy Fold 2 will have a radically different foldable design, compared to the original, so it could be folded with vertical orientation. Unfortunately, LG’s mystery foldable device is still shrouded in secrecy and we don’t even know, whether it will have a revolutionary design or not. It is quite likely that Samsung is gunning for an announcement in August. So, there’s enough time for Samsung to get inspired by the reimagined Motorola Razr design.