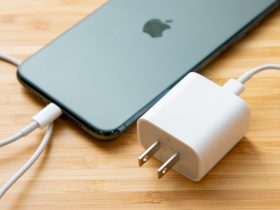 The next foldable smartphone from Samsung will be introduced on February 11th. The Galaxy Z Flip is foldable on its horizontal axis, just like Motorola RAZR. Quite recently, a video allegedly emerged showing the Galaxy Z Flip on the Twitter account of a popular designed Ben Geskin. The device will have Samsung’s ultra-thin glass for the 6.7-inch Infinity Flex display. On the center of the display, there’s a punch-hole selfie camera. On the outside, there’s another 1.06-inch AMOLED always-on display that shows time, date and notifications. Inside, there will be Qualcomm Snapdragon 855 Plus, which isn’t the fastest in 2020, but still quite powerful for any mobile use. It’s a good move by Samsung to keep the price of Galaxy Z Flip a bit more reasonable, while keeping the phone still highly capable.

With 8GB of RAM and 256GB of internal storage, the Galaxy Z Flip should excel in multitasking. There are two lenses in the back, the primary 12Mp camera and 12Mp ultra-wide. Keeping things ticking inside will be a 3300mAh battery and you can top it off quickly with 15W fast charging brick. For better convenience, the Galaxy Z Flip supports wireless charging at 9W and it can wirelessly charge other devices as well, with the reverse Power Share charging feature. Of course, you need to keep in mind that it will significantly reduce the battery life Galaxy Z Flip. While the RAZR still has Android 9.0 Pie, the Galaxy Z Flip comes pre-loaded with Android 10 and Samsung’s One UI 2.1 interface. Rumors say that the Galaxy Z Flip will be as expensive as the RAZR.

In the United States, the Flip Z should be available at all major carriers. After the unveiling on the February 11th, pre-orders should start immediately and the actual release date would on February 14th. This makes the Galaxy Z Flip a special gift for your loved one for the Valentine’s Day, along with the usual box of chocolate. With its innovative flip design, the Galaxy Z Flip should be a great gift for women who want a more compact smartphone for their small purse.