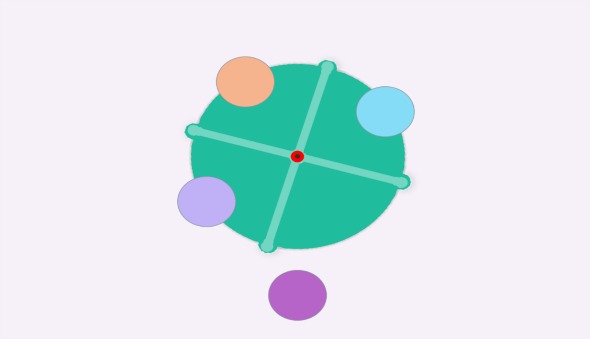 Call of Duty: Mobile and PUBG are two most popular battle royale games for mobile devices. Both are currently available for iOS and Android. You may have both in your device and here are some comparisons that you may notice:

First of all, we could agree that CoD: Mobile is a visually impressive title for a smartphone. If you have a smartphone with powerful hardware, the visuals are quite mesmerizing and you may be impressed at how advanced mobile games can be. There are not flat textures to compensate for lack of polygons and graphics are extremely detailed. Mountains, grass and trees are all realistic. Although PUBG Mobile don’t look too shabby either, the graphics representation isn’t as cohesive. We could immediately see that the visual isn’t as polished. With PUBG Mobile, you can customize the appearance of the character, including face, hair, gender and skin color. For some people, this is an interesting feature. CoD: mobile makes you feel that you are a professional killing machine, but with PUBG Mobile you could look ridiculously goofy with funny costumes.

Although PUBG Mobile doesn’t look as serious, the gameplay is actually quite conventional, serious and stricter. CoD: Mobile choose a more arcade approach. The concept is very similar, because both are battle royales.

You can play both CoD: Mobile and PUBG Mobile as either third person or first person player. With CoD: Mobile, you could choose the mode before a match begin and in PUBG Mobile, you can switch between perspectives with just a tap of the button. You can choose first person mode, for direct close combats. If you want to peek over the edges or around the corners, it is more convenient to use the third person mode.

COD: Mobile and PUBG Mobile offer a great level of customization. You can resize and move buttons in any possible way. You can choose a preferred way to steer the vehicle or aim the weapon. One big difference is that Call of Duty: Mobile has an auto-fire feature, so it is more convenient to play. You only need to aim the crosshair on the enemy and your character will fire automatically.

Maps are important in battle royale titles. In CoD: Mobile the map looks futuristic and cool, while in PUBG Mobile, it looks more standard. PUBG Mobile has four huge maps with very different climates and terrains. The original map is on a temperate terrain, followed by a desert, tropical and snowy environments. Call of Duty: Mobile is a younger title and we could be sure to get extra maps as time goes by.

When it comes to gears, both titles are quite similar, although PUBG Mobile looks a bit quirky, because most people run around with frying pan on their hips. COD: Mobile offers cutting edge weapons, while PUBG Mobile also includes old bolt action rifle and machine gun from World War 2, along with some modern ones. You can even choose a crossbow in PUBG Mobile.