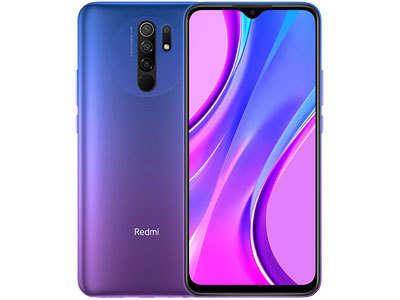 Just a few years ago, it was considered more than enough to have 64GB internal storage. But now, many entry-level smartphone models, especially from Chinese manufacturers, are offering 128GB of storage. High-end and mid-range models have 256GB or 512GB of storage. It becomes increasingly questionable whether 64GB storage is enough for smartphone users. A practical question is how many apps that you can have with 64GB storage. The first thing to consider is the amount of space that popular apps need. Facebook requires about 250MB, Facebook Messenger around 45MB, TikTok takes 220MB and YouTube needs approximately 200MB. It is important to remember that these are just basic space requirements.

As an example, Whatsapp requires less than 100MB to install, but if you often share pictures and videos, it will require gigabytes of storage, depending on your activity. Games eat up plenty of space as well. Two very popular games, PuBG Mobile and Call of Duty: Mobile require about 2.5GB of space each. Many other games require more than 1GB of space. For avid mobile gamers, they may find themselves running out available storage soon. Android smartphones may allow to transfer apps and games to microSD card, but in reality, on a very small percentage is transferred. It means that mobile gamers rely more on internal storage. In just a couple of months, some gamers start to struggle with 64GB of internal storage.

Gamers are not the only users who are concerned about running out of storage space. It’s quite common for smartphone models to record videos at 1080p or 4k resolutions. A 4k video at 30fps will require nearly 400MB of internal space. This should be less of a concern for Android users, because they can easily transfer videos to microSD card. A regular 4:3 still photo may eat up about 3.5MB of space. It can be a problem for some people, because they may habitually take more than a hundred photos each day. These days, not many people store music anymore, because they can listen to favourite music by playing YouTube playlists. MP3 files are relatively small and unless users keep thousands of MP3 files, it shouldn’t be a problem.

An iPhone with 64GB internal storage offers about 50GB of free storage for users. A 64GB Android smartphone has about 55GB of free space, but it could depend on the manufacturer and the amount of bloatware. Users should have some flexibility when installing apps and games. They may also store decent number of photos, videos and music. Smartphones with 128GB storage is a great middle ground with around 115GB of actual free space.  For smartphones without microSD card slot like iPhone and some Android smartphone models, it’s better to choose models with 256GB or 512GB of storage. With sensible usage, they may use these devices for years without ever running out of free space. If users want to add microSD card, it is recommended to choose the one from reputable manufacturer and with class 10 rating. This should ensure good performance, especially when storing high resolution videos or photos.