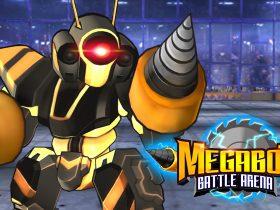 Sony may no longer be the among the most popular brands in the smartphone industry, but they continue to contribute new models. The new Xperia 1 II is something that you may expect from the Japanese brand with its ergonomic body and sleek, elegant lines.

The Xperia 1 II has a narrow body, making it easier to hold device and it’s less likely for you to drop it. Just like other narrow devices, it may stick out of shallow, cramped pockets, so it’s easier to fall off. The mid-frame is made of aluminium and the front and rear sides of the phone are protected by Gorilla Glass 6, which unfortunately pick up smudges and fingerprints quite easily. The recessed power key built-in fingerprint scanner, which is unfortunately a bit hard to locate, if you are not looking at it. The device is water protected and it meets the IP68 certification.

The 6.5-inch AMOLED display becomes the centrepiece of Xperia 1 II and it has 4k resolution, which looks quite impressive. It means that you can get very tiny details. Sony decides to use 90Hz refresh rate, which is a good middle-ground, because 120Hz will hit the battery life quite hard.

As mentioned above, the power button has built-in fingerprint scanner and unfortunately, there’s no face recognition feature. It should be straightforward to let the phone recognizes your fingerprint. It’s convenient because, you can immediately unlock the phone securely.

Internally, the Xperia 1 II is a high-end device with Qualcomm Snapdragon 865 SoC and 8GB of RAM, which is adequate for most multitasking tasks. Just as anyone would expect, the device should tun without hiccup and any 3D game would run smoothly. The performance level should be similar with OnePlus 8 and Samsung Galaxy S20 Ultra 5G. With so much power inside, it is rather easy for the phone to get quite hot after a few rounds of Call of Duty: Mobile. There’s 256GB of internal storage and if that’s not enough, you can add a microSD card too.

The Android 10 operating system used by Xperia 1 II is quite clean without bloatware and duplicate apps. However, there are few minor glitches, like zooming into images feels jittery in the Photo app and gesture navigation doesn’t feel smooth, especially in landscape orientation. Because the Xperia 1 II has a powerful internal, so it shouldn’t be caused weak problems. There’s a possibility that Sony will release updates to resolve these problems.

As you would expect, the Xperia 1 II has great photography features and you would be satisfied with the photography performance. There are four cameras on the back, it’s quite interesting there’s no very high-resolution camera. There’s a wide 12Mp camera with OIS and f/1.7 aperture. The 12Mp telephoto offers 3X optical zoom and OIS feature as well. The other two are 12Mp ultrawide sensor and 0.3Mp depth sensor. They can capture 1080p videos at 120fps or 4k videos at 60fps. Despite the relatively low resolution compared to other high-end devices, results should be amazing with great details.