It appears that Sony’s next flagship has been leaked prematurely in full. We know almost complete details about the device during the recent days. Perhaps, we don’t have to take this with a pinch of salt, because the Japanese company has confirmed about the device. It will be officially announced on September 17, during the post-IFA 2020 announcement event. There are also high quality renders of the device and it appears to be a mix of Xperia 1 II and the original Xperia 5, in terms of design. The usual 3.5mm headphone jack is included with this phone, which is a bit unusual for today’s high-end device.

We shouldn’t be too surprised that the device will be equipped with various advanced features. The display of 5G Sony Xperia 5 II will support 120Hz refresh rate, which will ensure buttery smooth performance when playing 3D games. It is a good thing that many high-end Android devices already have at least 90Hz display. Of course, the exceptionally high refresh rate won’t be the only feature that we will get from the 5G Sony Xperia 5 II. The device will have 6.1-inch display with 2520 x 1080 pixel resolution. Externally, the device looks quite similar to its direct predecessor. Measured at 158x68x8 mm, the device is nearly unchanged, in terms of dimension. Despite being slightly thinner, the 5G Sony Xperia 5 II still packs a sizable battery at 4,000mAh. Although, it’s not hefty enough compared to the batteries of Samsung Galaxy S20 Ultra and Moto G9, it is till a nice upgrade compared the Xperia 5, with only 3,140mAh. The three cameras on the back are not radically different, compared to the original Xperia 5. The primary camera is still 12Mp, the telephoto 12M camera offers 3x optical zoom, instead of 2x. The ultra-wide-angle camera has f/2.2 aperture, instead of f/2.4.

Inside, there are high-end components, especially the Qualcomm Snapdragon 865 chipset. The 8GB of RAM should be adequate to support multitasking when opening many apps and games. The MicroSD card slot should be useful for expanding the storage size, because the internal storage is only at 128GB, comparatively smaller compared to current high-end devices. Another meaningful change is the removal of 3D ToF camera on the back. With its Snapdragon 865 chipset, the device has native support with 5G connectivity and it should support the high-speed Internet access, offered by major carriers in the United States.

We could also see that the render includes four physical buttons, located on the right side of the phone. It is likely that the top button is the volume rocker and just below it, there’s the power button, which may double as fingerprint scanner. There are two additional buttons and we still don’t know what they will do. However, we could assume that these are dedicated buttons for snapping photos and recording cameras. Snapping one button may open the camera app quickly and the other button could be for recording videos.  The 5G Sony  Xperia 5 II should have Android 10 and it will be swiftly updated to Android 11. It is a possibility, considering that Sony has minimal UI changes. 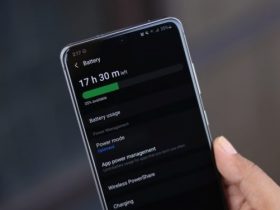