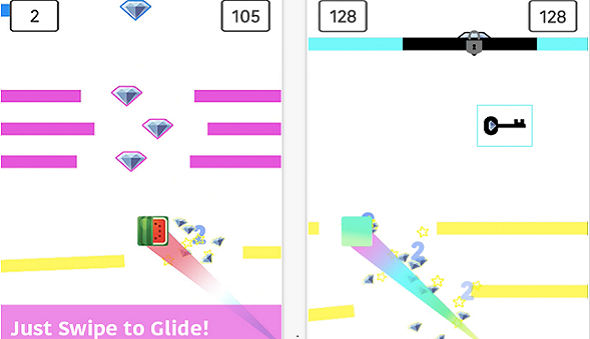 Diamond Glide is A Thrilling Tapper For Unlimited Addictive Entertainment

Racing games are fun and straightforward. It’s an action-packed genre and your goal is simply to be first to get to the finish line. With its simple and casual gameplay, racing games translate very well to mobile gaming.

The well-known racing title already hits the 9th iteration and for fans of the genre, it’s the go-to game to install and play. Asphalt games do a nice job at offering jaw-dropping visuals, even on budget gaming devices. For a free game, the Asphalt 9: Legends is a looker with eye candies and gorgeous graphics. There are many cars that you can choose and you may customize them. To keep yourself entertained and interested, you may race against human players or AI. You should get an intense and thrilling ride, through high-octane actions.

Data Wing is another free racing game with Tron-inspired graphics, interesting storyline and wonderful gaming experience. For retrowave fan, the game should be appealing with its 80’s visual. The soundtrack is really nice and you can get plenty of fun with the game. Your goal is to transport data at the behest of an AI computer, the Mother. It has a survival element to it, because you are disposable. When playing the game on mobile devices, the touch control should be on point. For veteran racing games, Data Wing is probably a quick game to finish. However, because Data Wing is a really fun game to play, they may go back and replay it.

If you are familiar with the Asphalt titles, the GRID Autosport seems to take things a bit further. The game is a console port, known for its amazing thrills, intense driving gameplay and jaw-dropping graphics. However, it’s not a free game, but for just $10, you can have access to 100 maps and 100 cars, which are quite mind-blowing, because you will get plenty of varieties. The game is graphically intense that the game can’t be downloaded for certain budget Android devices. Grid Autosport is meant for serious racing game enthusiasts who despise the usual freemium tactics.

Mario Kart is a classic racing game series and without Mario Kart Tour, your racing games list won’t be complete. If you had so much fun playing early titles of Mario Kart in SNES or PlayStation One, the Mario Kart Tour for Android should offer an immense nostalgic value. With your favourite character in the Mario universe, you can race in fun maps inspired by popular cities. The game is free and it’s funded by microtransactions, as usual.

Unlike most racing games, you will race on high-speed hydrojets on waterways. It’s a sequel to the original Renegade game. In Riptide GP: Renegade, you make a living through illegal racing. Players may power through flooded ruins and city waterways, as they are avoiding the law enforcement officers. The longer you play, the more vehicles that you can unlock. There are also plenty of customization options. You need to build your crew and take on bosses. If you want to compete again real, human players and put your ability to the test, there are multiplayer races with up to 8 players.