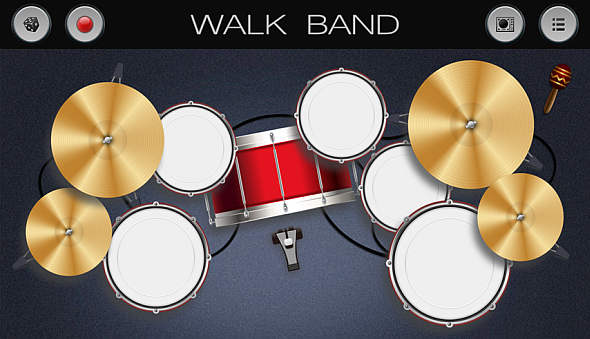 Walk Band: A Pocketsized Band At Your Beck And Call

When iOS and Android devices were released more than ten years ago, developers were quick to release many attractive games. Smartphones became not only a tool for communication, but also for gaming units. After years of continued updates, these classic mobile games are still worthy of remaining in your smartphone today:

Despite its immense popularity, it’s quite rare for smartphone users to still play Angry Birds today. It has been replaced by massively multiplayer online games from strategy, JRPG, and shooter genres. It’s quite unfortunate that Roxio has decided to discontinue many of its Angry Birds franchise titles. Even so, you can still play Angry Birds 2 with hundreds of fun levels.

This game was very popular around 2010, along with Angry Birds titles. The colourful representation and addictive puzzle gameplay made Cut The Rope very successful among smartphone owners. Both the original Cut The Rope and Cut The Rope 2 reached more 100 million downloads each. There are still very fun to play today.

This game first became popular in PC and when it’s ported to Android and iOS in 2010, the game was well received by mobile users. It’s a fun and colourful tower defense title. The player needs to use plants to defend his/her house from the invading zombie horde. You can still play the classic Plants Vs. Zombies and its sequels, Plants Vs. Zombies 2 and 3. All three have received high ranking in Google Play Store and App Store.

Perhaps, there’s nothing more casual than Fruit Ninja. Along with Angry Birds, Fruit Ninja was an iconic mobile game, due to its straightforward and fun gameplay. The game showcased the usability of the then new capacitive touchscreen display. People were amazed how smoothly it was to slash fruits by only flicking their fingers. If you haven’t been playing Fruit Ninja for years, it is time to reinstall it.

Your goal is to allow a green crocodile to get his shower by giving him enough water. It’s fun to direct clear water to the crocodile’s bathroom. There are many obstacles along the way that diverts the flow of water. You also need to prevent the water from getting contaminated, absorbed by weed, or turned into steam.

When it first released in 2010, fans of Diablo-like games were immediately appealed by the Dungeon Hunter 2. Although not as comprehensive as PC-based dungeon crawlers, the Dungeon Hunter 5 is still quite fun to play, especially when people want to play more casually. The newer Dungeon Hunter 5 offers improved graphics and more exciting gameplay.

This highly acclaimed game was released in 2009 for iOS and 2010 for Android. It was among the first action RPG title for mobile devices. Although not as popular as other games on this list, Zenonia was quite influential. Players can choose to become a warrior, paladin or assassin, which increases the game replayability. The original Zenonia has been discontinued, but you can still play the more improved Zenonia 4 and Zenonia 5.

These are some Classic Mobile Games you should try out.