Have you decided to develop an iOS application? You would definitely face some difficulties at the time of choosing a programming language.

A suitable language plays a very crucial role that can change the fate of the whole project. Today, most iOS developers choose Swift language over Objective-C, but why?

According to Wikipedia, Swift is a general-purpose compiled and multi-paradigm programming language that mainly developed by Apple to develop codes for iOS, WatchOS, macOS, Linux, and TVOS.

Moreover, this high-end language was developed using an approach, which is both modern and is easy to use to develop software patterns and improve the performance of an application.

Here are some of the reasons why iOS developers prefer to choose Swift Over Objective-C for iOS App Development:

Swift Considered as Most Innovative Approach

It is a fact that Swift is quite a new language in the market; however, it mainly designed to make application development more interactive and approachable.

Very soon, app development will be more accessible for all those people, who are looking forward to developing their own apps.

So, Swift will be used more widely and it can be considered as the coding language of the future. It is true that like any other innovation, you need to do some adjustments and learning in Swift.

It will be good yet fruitful for you to use Swift that is in the constant process of enhancements and innovations. It has taken a lot of what is great about Objective-C and brings a complete range of features that make this language that you wanted to use to solve virtually any problem.

Simple to Rectify Errors & Much Safer

When you call a method, which is not initialized in Objective-C, the expression of the code becomes a no-op. However, the code will not display any errors, it can be a potential source of bugs. With no-operational expression, you will be lead to erratic behavior and it will be quite difficult for all the programmers to track it and correct the error.

But using Swift, you can advantage is that the compiler will make an error whenever the programmer writes a bad code. Swift will also create a short feedback circle, decreasing the time, which a programmer would spend on fixing the bugs, which are related to the pointer logic.

However, in Objective-C, it is the responsibility of the programmers to documents with the help of comments and method-naming conventions. While in Swift, the optional and value types in Swift will make it more clear at the time of defining the method if a variable has the power to be null or has a value.

This programming language joints all the strong features from the others and keeps its own originality by being interactive and expressive. In addition to this, such background made the whole experience of using this high-end language quite fun and easy.

Get a Chance to Discover its Potential

There is a huge tendency of switching from Objective-C to Swift among various project platforms and it is constantly growing. It has been also noticed that Swift has to gain momentum among big IT companies and regular developers.

Furthermore, any average developer is now capable of using Swift code for developing simple iPhone applications without facing any problem.

As we all know that Swift is not developed on C language, so do not suffer the warts of Objective-C. However, Objective-C was built on C, and to differentiate the types and keywords from that of C, @ symbol was used by the developers with the help of Objective-C.

When it comes to talking about Swift, this language has dropped its legacy and therefore, it can join all the keywords. Now, programmers no need to end the codes using a semicolon in Swift. Likewise, parenthesis, which is used to close the provisional expressions, has been released.

Along with it, the other feature of the Swift is that the method calls are no longer nest inside each other resulting in various brackets. Swift is a new language and its methods are separated by a comma list of parameters enclosed in parentheses.

It is considered as an animated language, where the codes resemble the English language, making it a lot simpler to read. Further, the language makes it easy for all the programmers, who are familiar with the tools like Java, JavaScript, C#, and C++ to work with Swift.

The Swift programming language was developed to be fast from its conception. All the codes that are written in this language are compatible with the latest hardware and get the most out of them.

The programming language’s syntax and a standard library make sure that the Swift codes function well. The successor of Swift to the languages C and Objective-C and it comprises the primitives of programming like types, operators, and flow controls.

It also comes with some of the borrowed features, including protocols, classes, generic, and so on from the object-oriented language. It gives the Cocoa and the Cocoa Touch developers the power and simplicity of programming, which is a prerequisite to developing some advanced quality apps.

Swift is one such programming language that developed to be something way grand compare to its predecessors. As it is in work-in-progress mode, the language makes even more sense to choose Swift as its new and undiscovered potential that can be the right reason why your app will be successful.

Choosing Swift over Objective-C will be the right choice. However, if you have an iPhone app development project in your mind that you wanted to discuss, you can hire an experienced iOS app development Company. 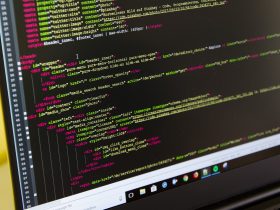 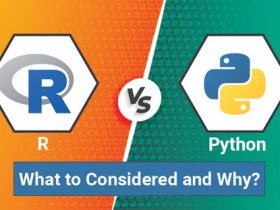