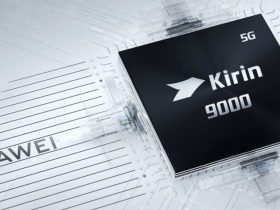 With the release of Developer Beta of Android 12, 3rd party developers can check the new APIs to see whether their apps are still compatible with the upcoming Android version. The Beta version of Android 12 isn’t the final version, but we could see a glimpse of new features that will be available for users. These features can be major or minor, in terms of functionality and system-wide impacts. Here are features that we may get from Android 12.

This will be a convenient feature to have for many Android users. Scrolling screenshot is available in Xiaomi MIUI and OnePlus Oxygen OS, but others Pixel smartphones with their stock Android version doesn’t have similar functionality. The Android 12 will have native support for scrolling screenshot.

Google offers the Nearby Share feature that ensures smoother wireless file transfer between Android smartphones and it has been available since August 2020. The feature will continue to improve and Nearby Share in Android 12 will allow users to share Wi-Fi passwords easily and securely. On the Share Wi-Fi interface, you could tap the Nearby button. It will scan for any nearby device that you want to share the Wi-Fi password with.

This should be useful for people who have smaller hands. For these people, using larger smartphones like the Pixel 3 XL can be quite challenging. The Android 12 will offer native support for one-handed mode and any reachability issue won’t be a significant problem anymore. Although it is still an initial implementation and may not be as polished, the feature should be very useful for many people.

When it comes to theming, the Android 12 offers deeper customization options. As an example, accent colours and hues of various elements can be changed.

One-time permission has been available since Android 11 and it allows access to sensor of devices, if the app session needs it. Google does it more proactively with Android 12. When using camera or microphone, warnings could appear in system apps. With quick action tiles, it is easy to terminate access to the smartphone’s microphone and camera.

Android 12 should offer more refined picture-in-picture feature, because the current PiP feature is somewhat barebones. The Android 12 Developer Preview 1 hints a PiP window with resize. Users can even stash the PiP windows on the side and it will remain active in the background.

Before sharing a photo to social media, we often need to crop it a bit or perform other enhancements. At this time, users often need a third-party photo editor to get more enhancement features. After you get the result you want, you can send the picture to WhatsApp, Facebook or Instagram. The share sheet of Android 12 shows the possible availability of a native photo editor. We still don’t know how Google will implement this ability and whether the editor has fairly rich features to ensure good photo enhancements.