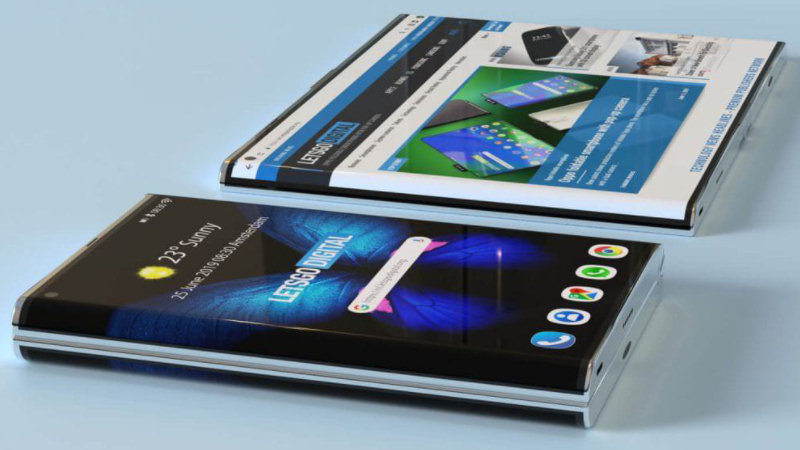 Samsung is Preparing a Bigger Galaxy Fold with S Pen

On paper, the Realme Narzo 30A is a decent entry-level smartphone with capable hardware in its category and proper software implementation. Realme promises good battery life and bright display. If you are considering to get a Narzo 30A, you may consider the following facts.

You can immediately notice that the Narzo 30A is quite bulky, weighing at 207 grams. Fortunately, its painted plastic case doesn’t easily catch fingerprints. The neat square island on the back accommodates two cameras and is protrudes slightly. With HD+ resolution, you shouldn’t expect much from this smartphone, although colours are quite accurate and the display is surprisingly bright. It is also a good thing that the 6.5-inch LCD display doesn’t have noticeable blue tint like on many budget smartphones. Your biggest gripe could be that the display is a fingerprint magnet. Colours may look quite saturated, but whites are reasonably accurate. Brightness is good enough and you should be able to watch movies while staying outdoors. Icons and text should look somewhat sharp, despite slight jagged edges when you look closely.

The MediaTek Helio G85 is quite decent for an entry-level smartphone and it could compete with Qualcomm Snapdragon 6xx series, in terms of performance. Compared to dedicated gaming smartphone, the Realme Narzo 30A is definitely weaker, but you can play games comfortably with it. Popular games like PUBG Mobile could run at medium details, but Genshin Impact is playable only at lowest details. However, be aware that games may lag somewhat when the phone begins to heat up. If you enjoy playing more casual games, the Narzo 30A is good enough for you.

With only 4GB of RAM, the Redmi Narzo 30A has more limited multitasking performance, when running more demanding apps or games. Realme seems to do a good job developing the Realme UI 1.0 and it is perfectly usable for daily uses. However, given the limited RAM, the Narzo 30A won’t be able to do anything miraculous. Your apps won’t stay long in the RAM module, if you open them alternately. Even so, the Helio G85 chipset works well in handling typical apps, once they are loaded into the RAM.

Despite the entry level pricing, the rear-facing camera of Realme Narzo 30A, it should well in producing still images. In low-light situations, photos could lack detail and are noisy. Even so, despite the somewhat exaggerated saturation, photos should look crisp during the daylight situation. The 13Mp camera on the back doesn’t provide similarly sharp photos, compared to the front-facing selfie, but they should look really well with proper exposure and natural colours. The phone has Night mode, but it doesn’t really perform well.

For many smartphone users, battery life is a top priority and with casual uses, the Narzo 30A should last for a couple of days with a single charge. Casual uses may include checking social media, replying to email, typing instant messages, watching videos and using camera. The 6,000mAh battery accommodates ample power for daily uses. The 18W charger could fill the battery to 20 percent in 30 minutes. It takes about four hours to finish charging the battery, which is quite long.