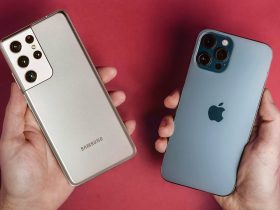 After months of speculations and rumours, we finally get a new iPad model from Apple, the 2021 model of iPad Pro comes with the relatively powerful M1 processor. It comes with better front facing camera, support for 5G data connectivity, improved 12.9-inch display and Thunderbolt connector. In terms of design, the new iPad Pro looks similar to older iPad Pro models. It has sleek aluminium design and an amazing all-screen design. With the new display technology, users are able to get deeper blacks, along with increased brightness and better contrast ratio. It would be much enjoyable to watch movies and play games if we get better dynamic range on the display. As mentioned above, the new iPad Pro comes with the Apple M1 chipset and it’s more powerful than any Bionic chipsets, previously used for iPhone and iPad models. Apple introduced the new chipset in 2020. It is an octa-core chipset that promises 50 percent better performance. The M1 chipset also comes with octa-core GPU that guarantees excellent performance for mobile devices. Compared to the older Apple A12Z Bionic chipset, the performance bump for graphics rendering is about 40 percent better. The M1 chipset was originally destined for MacBook and it’s a great development knowing that the chip is also available for a mobile device.

The most basic variant of the iPad Pro has 128GB of internal storage, as well as 256GB, 512GB, 1TB and 2TB. With 16GB of RAM, there’s more than enough room for proper multitasking performance. If you choose the 2TB version, you have ample room to do many things, including installing many apps and media files. Because the new iPad Pro has a real boost in terms of performance, users can install any 3D game and get amazing gameplay. Apple has also upgraded the USB-C connector and we now get the more improved Thunderbolt port. It means, you can sync the new iPad Pro with other devices faster, because you get much more improved data transfer rate. Another possibility is to connect the new iPad Pro with an external monitor, including the Pro Display XDR. This means, you can play media at full fledged 6k resolution. There are other peripherals and accessories that you can connect with the new iPad through the Thunderbolt port. The selfie camera uses the TrueDepth technology with 12Mp sensor resolution. For video calls, you can use the Center Stage feature. Due to the larger field of view of the selfie camera, you can use it comfortably for conferencing. The M1 chip comes with the machine learning feature, so it will keep you in the centre of the frame as you move around slightly. 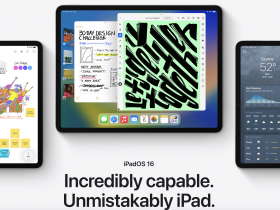 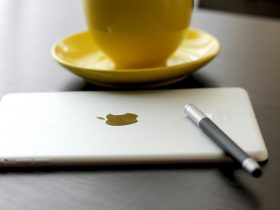