Have you ever showed up to a social event, and realized that you aren’t sure what to do with yourself? Random video chatting could feel the same way, especially if you’re doing it for the first time. For instance, you could try a popular video chat site like ChatSpin, and wonder why you keep getting skipped by other users. You won’t get every random chatter to stick around, obviously, but there’s a certain point at which you know that something’s wrong.

In the majority of cases, an unsatisfactory video chatting experience isn’t caused by a badly designed website, or even the website’s demographic; it could be that you’re making a beginner mistake that’s preventing you from enjoying the experience. It isn’t necessarily anyone’s fault, but you can still take charge of the situation by switching up your approach.

Fortunately, just about every random chat faux pas has an easy fix. If you’ve had some lack-luster results in the past, maybe you can find success by following the hints below.

Lighting – Have you ever tried to freak out a friend by marching into a dark room with a flashlight pointed at your chin? That’s an example of how lighting can change the way your face looks. Angles are very important, and so are colours – overly yellow or fluorescent lights could make you look jaundiced or washed-out. Natural, diffuse light is always best; if that isn’t an option, play around with the light sources you have on hand to see what’s most flattering.

Background – Your background might not be quite as important as the lighting, but it still influences the way other chatters perceive you. Who would you rather chat with: someone who’s sitting against a blank basement wall or someone who’s relaxing on their couch in a relatively clean living room? You don’t have to redecorate just to have a few casual video chats, but you should try to pick a spot that looks cool – or not boring, at the very least.

Personal appearance – Random video chat websites are full of real people. Some of them might pull out all the stops to look their best while they video chat, while others don’t really care what they look like when they hop online. You can occupy any place on this spectrum that makes you feel comfortable, but it’s good to consider how your appearance influences the way other people see you. Like it or not, people do judge a book by its cover – especially when there’s little else to go on! If you look like a bear that’s just come out of hibernation, some people could assume that you simply don’t care, and continue searching for a different chat partner. In other words, your fellow video chatters don’t decide who to stick around for based solely on personality; they also decide based on overall appeal.

Teach yourself to accept the idea of occasional rejection

This might sound a little harsh, but “getting rejected” on a random video chat site is a lot different than in real life – and a lot less painful. If you go into video chats dreading the fact that you might get passed over, it’ll just stick out more when it does happen; you might even get discouraged and stop trying to make video chatting work. If you don’t treat it like a big deal, though, you’ll have more mental energy to enjoy the chats that you do have. Eventually, the rejections will hardly even register, and you’ll be able to relish each chat session.

You could end up chatting with someone who just doesn’t have a compatible sense of humour. Or, you could cross paths with someone you actually disagree with. Occasionally you’ll run across people who are just plain rude. Whatever the case, there will be interactions that you don’t love, and when that happens, just brush it off and move on. Most random chat sites have thousands of members, and while a lot of them will be great chat partners, many simply aren’t the kind of people you’d like talking with. If you find yourself getting offended for whatever reason, ask yourself if it’s worth the effort of staying in the chat. You could either see the chat through to the bitter end or find another chat that you’ll like better. It’s up to you, but just remember that with random video chats, you don’t have to talk with anyone you don’t want to.

Be friendly and act natural

Where good old-fashioned friendliness is concerned, a little goes a long way on a random video chat. Keep in mind that when you appear on another random chatter’s screen, you’re a nameless talking head; you could do anything. If you start the interaction by simply saying hello and smiling, that gives your chat partner a sense of social context – you probably won’t be one of those people that makes them think the Matrix is glitching.

“Acting natural” isn’t quite so cut-and-dried as smiling and waving, but anyone can find their own rhythm eventually. Some people are just awkward when they’re on camera, and others are awkward around people in general. If you feel like you’re coming across as stiff or shy during video chats, just think of how you talk when you’re with your best friend. You don’t worry about making grammatical errors, or using too much slang; you simply say what’s on your mind. Just be yourself, and your chats will feel a lot more comfortable.

You might discover your own tips and tricks as you video chat; you just have to keep your eyes open!

It’s all well and good to work on your video chat strategies, but don’t get so caught up in them that you forget why you’re there: to have fun! Once you find your groove, you’ll feel like you’ve been random video chatting your whole life. 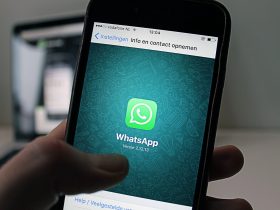 Step by Step guide to use WhatsApp in your local language 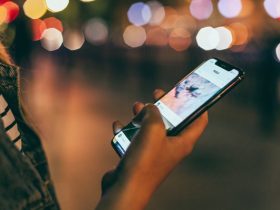 Why Do Customers Prefer Using Mobile Apps Over Responsive Websites?