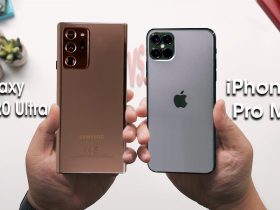 One of the most standout features of the iPhone X is believed to be its screen display design and technology. The iPhone X screen display is made of a 5.8-inch Super Retina OLED (Organic Light-Emitting Diode) technology with a top-notch camera. This isn’t the same as the LCD (Liquid Crystal Display) display technology used in other smartphones. But buyers are concerned about observations that the iPhone X seems a little bit more breakable and vulnerable than previous editions.

When the iPhone X screen is broken, it could have various levels of severity. Sometimes it would only have minor scrapes and light scratches. The more common ones are the spiderweb-like patterns of broken glass. More severe damages would have entire chunks of glass missing from the display screen. The damage could be a simple aesthetic issue or one which impairs your phone’s display technology.

If you need to have your iPhone checked, you can visit https://squarerepair.co.uk/ and other similar sites.

The screen display of the iPhone X was designed and made of very sophisticated technology. Both the front and the back are made of glass with a thin display screen. This design adds to the purported vulnerability of the iPhone X. It’s made of OLED display technology, not LCD as is used in most other smartphones. OLED is said to be an expensive kind of technology, which is the same as that used in high-end TVs (television).

Inside (as viewed from the back), major changes were done and it now has a smaller logic board paving the way for a split battery which is more difficult to remove. Its OLED display technology has a lot more additional functionalities compared to earlier iterations.

A cracked screen would most likely have a negative impact on the iPhone X’s display technology. This is because of the innovation present with the design of the OLED display technology. The eye of the camera is now embedded into the screen. If the screen gets cracked, and if the cracks break the glass as they most often do, then you’ll most likely have to replace the camera, too.

Unlike the other and smaller smartphones, having a cracked iPhone X screen would in all likelihood damage the camera. As a result, the lens that’s responsible for the facial recognition technology feature in all iPhone Xs may not function properly. If you break the glass of the front screen, you’re going to need to replace it.

A tech website tested the iPhone X and found out that it is the ‘most breakable’ of the various editions of the iPhone that it has checked out before. On a scale with a total of 100 points (100 being the highest), the iPhone X scored a high 90. This made them categorize the iPhone X as a high-risk phone design and model. Several other tests of its durability have likewise found that the iPhone X gets damaged quite easily.

However, there were also other tests indicating that the iPhone X suffered ‘just a few minor scrapes’ after being dropped several times. A consumer report website conducted a series of limited tests as well. These tests consisted of a series of several standard drop tests from a height of five feet. The iPhone X would be dropped on its face, back, and then the two corners. It survived all four.

The steep costs of repair have become a growing concern among buyers of the iPhone X. The iPhone X is currently one of the most expensive smartphones to repair in the world. The average charge to have an iPhone X repaired for a cracked screen at an Apple Store is said to be around USD$200.

Apple has already released a statement in response to the growing concerns and criticisms from both consumers and industry experts. They said that their iPhone X is made only from the highest quality materials employing the best technology available. But the company also recommended in the same statement that buyers purchase and use a protective case as a preventive measure.

The steep costs of repair have led to numerous questions among iPhone buyers about the durability of the iPhone X.

Design and engineering analysts explain that this is the result of the compromise between consumer demands and expectations, on one hand, and the realities of engineering limits, on the other.

In short, the cause is that consumers want ultra-thin and elegant phone designs beefed up with cutting edge technologies yet expect maxed-out displays. But the limits of these ultra-slim edges with almost no bezel screens is that they’ll have to be made of less durable materials. 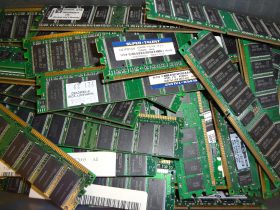