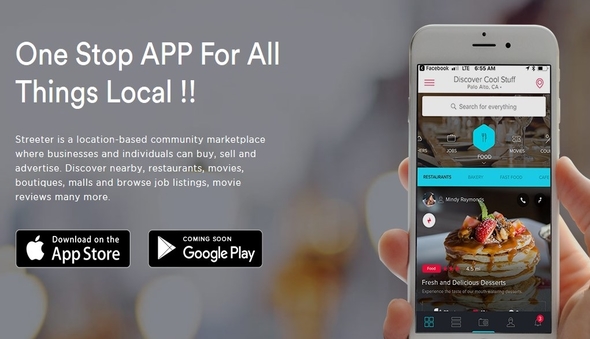 Streeter – One Stop App for All Things Local

There are tons of arcade games available for smartphones. If you are looking for an arcade you can play on the go, an arcade to test your skills while you enjoy a thrilling adventure fighting aliens, we looked and we found one exciting alien shooting arcade game that offers this and much more. So, read more about Run or Hunt.

What is Run or Hunt?

Run or Hunt is a thrilling alien shooting arcade game that is developed for Android users. It’s easy to play with sharp graphics, cool sound effects, and smooth controls, testing your skills in battles against alien enemies. Fight against alien intruders in this game, battle and defeat your enemies as fast as possible to progress in this adventure game.

This alien shooting arcade game offers variety of features and an addictive gameplay. Many levels are available in this game to test your skills, each next level harder than the one before.

Conquer many different levels, unlock soldiers with powerful and unique abilities and upgrade soldiers to higher levels to get special buffs. For more damage, you can upgrade different guns. You can even unlock alien pets in this app and use them to fight against the alien intruders.

Reach the Reborn state and fight harder enemies, try different game modes and escape deadly traps to complete the level. Collect guns, coins, and alien keys that can help you progress further in the game. Climb the ranking board and beat players to become the best player of the game.

Download the game now on Google Play to battle and shoot alien intruders to win!