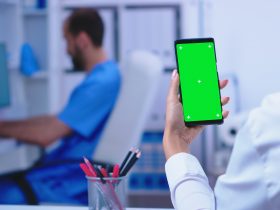 myTeleDoc – The Medical App with Access to Online Doctors Anywhere, At Any Time

Battle games are quite popular among smartphone users that like to battle and fight against opponents. Because there are tons of action games available for smartphones, we looked and we found one thrilling role-playing game where you get to test your skills in an arena against opponents. Read more about Ronin Death Match.

What is Ronin Death Match?

Ronin Death Match is a thrilling role-playing battle game that is developed for IOS users. It’s easy to play with smooth controls, sharp graphics and cool sound effects to enjoy. Your goal in this game is to fight your opponents, shoot and destroy them in the battle arena to win. Test your skills in this game and defeat your opponents.

This role-playing battle game offers a thrilling and challenging gameplay that will get you hooked to playing. All you need to do is to find a match to play against with and choose a character to go into battle with. There are different characters with different abilities to choose from.

Get into the arena and fight your enemies. Shoot and kill your opponents to win the game and climb the scoreboard. Jump, collect power-ups, and get high scores by shooting down your opponents. There are multiple arenas for you to go into battle in this game.

Change weapons as you play to be more powerful and defeat your enemies before they shoot you down. Prove your power in the arena, destroy your opponents and score high to climb the scoreboard as the ultimate player.

Download the game soon on App Store to shoot down your opponents in the arena!