Apple will release iOS 16 this fall and it will be supported from iPhone 8 to the latest iPhone models. As the next major update, we could expect to see at least a few significant improvements over the earlier versions. The company has revealed new features of iOS 16 during the recent WWDC keynote event.

Many of us still have the habit to type and sending messages without thinking them through. With the Unsend Messages, embarrassing messages will be a thing of the past. It’s one of the most requested updates that Messages users have been asking for. If you send messages in iOS 16, you will still be able to edit them. Another very important feature is the ability to unsend or recall your messages. If you think that the message you have sent is completely wrong or inappropriate, you can choose the Undo Send option. Hopefully, the recipient hasn’t read it yet, which may cause some confusion, tension, or embarrassment.

One common issue with the iPhone is its relative lack of customizability. The iOS 16 comes with a new ability to customize the lock screen, especially for iPhone models with Face ID. The new version will come with a significant enhancement to the lock screen. Press and hold your lock screen to edit it. There are different styles to choose from. Each style comes with its own set of photo filters and fonts. It is also possible to add various widgets on your lock screens, such as calendar, activity rings, and temperature. This ability is akin to what you get with an Android smartphone.

Live Activities is another feature that will get with the iOS 16. It offers real-time updates of your progress for different activities, such as Uber rides, sporting events, or workouts. Notifications are moved to the other bottoms of the screen, so they won’t cover up the lock screen too much. Live Activities is designed as a vertical carousel, which is more suitable for one-handed uses. Even if you get plenty of notifications, you can stay on top of things more easily. These notifications are less disruptive to your daily activities.

For US consumers, the Wallet app will include ID cards from additional states available to improve privacy and security. The use of ID can help to protect your age and other personal details. The Wallet will only show your ID if you are 21 or older. Apple Pay also gets another enhancement, called Apple Pay Later. It’s useful if you want to buy an expensive item and pay in installments without fees and interest. With Apple Pay Later, a single payment can be spread over 6 weeks into multiple equal payments.

Tap and drag in Visual Lookup

In iOS 15, you can get landmarks, plants, cars, and other objects identified with Visual Lookup. iOS 16 adds an enhancement, which allows users to tap and drag an object in the photo. You may tap a car and drag it out of a photo. You can transfer the object to different apps, such as Messages. 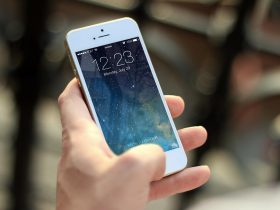