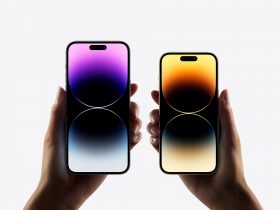 New Things You Should Know About iPhone 14

When it comes to the mobile device business, Samsung sees Apple as its biggest rival, especially with the newly released iPhone 14 is again well-received by fans. But by no means, Apple’s new smartphone models are perfect. Even for the iPhone 14 Pro Max, there’s still some room for improvement. With the eventual introduction of the Galaxy S23 and its Ultra version, here are things Samsung could do:

When it comes to photography performance, Samsung Galaxy S-series has real advantages in terms of night-time photo captures and optical zooms. True optical magnification is very convenient because it’s not necessary for phone users to get closer to the subject. Along with its 48MP primary camera, Apple iPhone 14 Pro Max also has 12MP ultrawide and 12MP telephoto with 3x optical zoom. Samsung’s next flagship can maintain the lead by offering 5x optical zoom. The Nightography technology has given Samsung a definite advantage in night-time photography and it’s a good thing that Galaxy S23 could build on this feature.

The display of the iPhone 14 can be dynamically adjusted between 1Hz to 120Hz. So, when iPhone users read a static webpage, the refresh rate will be drastically lowered to reduce power consumption. The Samsung Galaxy S22 can also reach a refresh rate of 120Gz, but it scales down only to 48Hz. This means the Galaxy S22 consumes more power when displaying the home screen, web page, and other static content. It is a good thing if Galaxy S23 can increase its refresh rate to 144Hz, but it should reach a far lower refresh rate as well.

The notch of the iPhone 13 was quite controversial and the iPhone 14 still has a floating pill-shaped notch, which takes up a bit of space on the display. Samsung has been working on the under-display camera technology and it’s a good time to implement it. The absence of a visible camera and other front-facing sensors will allow a more immersive experience when using the display.

Although this may sound somewhat far-fetched, there’s a rumor that the Snapdragon 8 Gen 2 will beat the A16 Bionic in certain areas, especially in graphics performance. According to a trusted leaker on Weibo, Qualcomm’s upcoming high-end mobile chip may have an exceptionally high operating frequency of up to 3.5GHz. The current Snapdragon 8 Gen 1 is clocked at 3.2GHz, so this rumor sounds quite believable. Regardless of what processor is used by Samsung Galaxy S23 Ultra, it should at least match the performance of the A16 Bionic.

The regular Samsung Galaxy S22 can use up to 25-Watt charging, which can fill up the battery to 60 percent charge in 30 minutes, compared to iPhone 14 at 54 percent charge. The Samsung Galaxy S22 Plus has up to 45-Watt charging, which can charge the battery to 70 percent in 30 minutes and this should be the standard feature of Galaxy S23. This means the Galaxy S23 will extend its lead, compared to the iPhone 14. 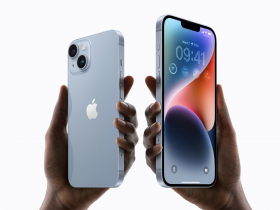 How to Optimize Settings of iPhone 14?

New Things You Should Know About iPhone 14 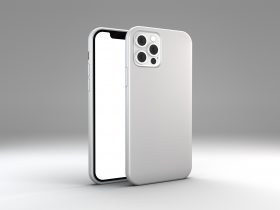 48MP Camera Could Be The Biggest Upgrade for iPhone 14