Frumbers is one of those simple to play, yet frustrating to succeed at games, but ultimately you will become addicted. The idea – as the screen shouted at me – was to avoid becoming a zero. So, I had to avoid the zero, to be the hero? That’s about the size of it, you see, Frumbers involves on task where the ultimate goal was to get a result, a figure, a score – anything, as long as it was NOT zero (or even minus something or other!)

I soon learned that the one vegetable I had to avoid here was the pumpkins, or the ZERO pumpkins. With all the games that I play, it is often the case where I have to become a zero before I can be the hero, and Frumbers is no different.

My advice is to avoid the zero pumpkins, at all costs. At first, these guys got me and all the points I had accumulated had turned to dust when I was hit by one of those. The tomatoes, I found, were not that much friendlier either! No sooner had I managed to avoid the zero-inducing pumpkin than the nasty little critters posing as tomatoes were firing minus scores at me! 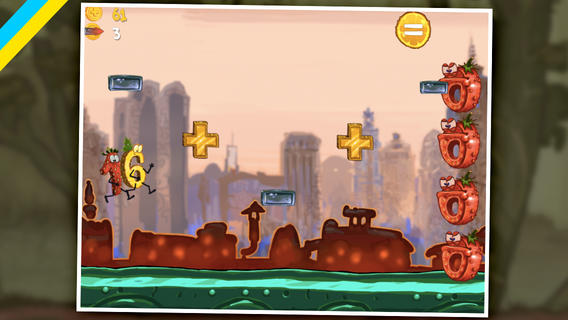 That’s right – first the pumpkin knocks me for nought, then the tomatoes try to reduce my score level so that I am on minus points. But it’s not just tomatoes and zero pumpkins that are out to get you; you may be doing everything possible to avoid the negative fruit and vegetable fiends, but fall into a pit – as indeed I did – and you’ll soon find yourself with more minuses than you had on your end of term exam papers in your bad school term.

Fortunately I had managed to avoid all the pit falls; having practised so hard at avoiding the zero pumpkin and the negative-shooting tomatoes, I was able to safely negotiate around the pits. I guess that’s the experience part of the game. You can end up spending so much time avoiding certain fruits and vegetables that missing that pit tumble becomes a second nature. 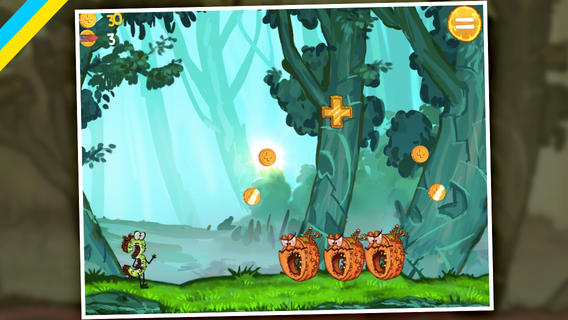 Frumbers has a great deal of unique obstacles. It took me absolutely weeks before I was familiar with them all, and if you don’t play every day, it may take months before you eventually get yourself used to the obstacles. I couldn’t believe it either, when I discovered there were more obstacles to come through on the next update! Oh, Frumbers!